Why do startups run out of money?

Most entrepreneurs are fueled by vision. They love to build. They have at least an aptitude for sales. And they’re hyper-focused on growth. Chances are, if you’re an entrepreneur, and all those things describe you, you’re in a good spot. There’s also a high probability that if you’re weak in any one of those areas, you found someone to fill those gaps.

You know what area entrepreneurs always skip? Handling the money. Not the let’s-go-make-a-lot-of it part. They love that. They hate the nuts-and-bolts part. The part that has math and spreadsheets and forms you fill out in triplicate.

So it’s not a coincidence that this is the area that kills a lot of promising startups. Here’s why that happens and how to avoid it.

Why Are Entrepreneurs Cavalier About Managing Money?

It’s not that entrepreneurs don’t care about where the money goes. That’s not the case at all. Paraphrasing something Red Hat founder Bob Young told me early in my career, which I completely identify with:

I’m an entrepreneur because when I find something I love, I become totally devoted to it. I dive into it 24/7, until I get about 60 percent of the way into it. Then I get bored.

And it’s not just money. It’s an apathy towards ALL the nuts-and-bolts facets of running a company.

But try to get them to fill out that scorecard.

That’s the other 40 percent of Finance, and it’s called accounting.

Well, not the nuts-and-bolts part anyway.

Why Entrepreneurs Hate the Nuts-and-Bolts of Accounting

In over 20 years of being an entrepreneur, I’ve never gotten good, or even passable, at accounting.

Again, I will own the make-the-money side of finance, on that I’m a straight-up expert. But making sure every penny is accounted for and in the right place and properly documented is something that I can’t do. I’ve tried. I’m very, very good at math and spreadsheets, but my accountant encourages me to do as little as possible because it takes less time to do it herself than correct my procedural mistakes.

Here’s what my making-money side has taught my accounting side, and these are things every entrepreneur should get control over before they launch their first or next product.

So every decision we make is made under the pressure of the ticking of those two clocks. Most of those decisions will wind up working out, whether we’ve made them under that pressure or not. But for the decisions about spend, it’s critical to step outside of that tension and think about the future.

I recently had a decision to make between two solutions for my startup. Solution A saved me a bunch of time compared to Solution B, but it was about 3 percent more expensive per customer.

I chose Solution B, because while that 3 percent bump in cost seemed trivial now, over time and over a growing number of customers, that cost would have grown to be huge.

Now as it turns out, Solution B is taking me more time than I had first imagined, so no decision is safe, but this is a mistake that I can live with down the road.

One entrepreneur I know just shared a story with me about realizing his company was potentially on the hook for a $60K tax bill. He figured this out near the end of last year.

Over the course of the year, his revenue was coming in fast and furious, and that’s a GREAT problem to have. He kept chasing the revenue, like every single one of us would. When he finally took a breath, the day after Thanksgiving, he pulled reports from every system he had, and the data was all over the place. By the time he added everything up, he realized he owed much more in various taxes than he thought, and that money, in the haste to keep the momentum going, had already been allocated elsewhere.

You don’t get a lot of second chances or leeway as a startup. One mistake — even a mistake made under the pleasant duress of ringing the cash register and filling orders — can knock you over.

Track everything at a high level, all the time.

I keep every important high-level financial number in a spreadsheet for every business I run. I do this not as an accountant, but as the leader of the company and/or product. I need to know where the limits are, and I like to know the exact margin on every unit.

As the leader of the company, this is critical for making decisions. My accountant can give me numbers, but she can’t make decisions based on those numbers. Nor is it her job to decipher trends or discover opportunities within those numbers.

As the leader of a product, I need levers I can pull to make changes as we scale. For example, referring back to my 3 percent extra spend, I need to know if that 3 percent is going to become a problem and when.

Furthermore, there are always financial emergencies that pop up and then you have to play some whack-a-mole. This is much easier to do when you’re not having to decipher Quickbooks reports every time you need to make a snap financial decision.

You Can’t Grow Until You Know Where You Are

Growth is not just about landing more customers and selling more product. The truth is that most startups operate at a loss, or need to, in order to get traction in a market.

No entrepreneur I know likes talking about losses. It’s disheartening to realize your 100 percent top line growth resulted in 10 percent loss on the bottom line. But you need to track those numbers because you need to be constantly attacking them.

Growth for a startup is about landing customers less expensively and selling more product at rising margins. That’s scale. If you don’t have scale, you’ll stunt growth. If you stunt growth, you’ll stagnate. If you stagnate, you’ll fail.

I can almost guarantee you that if you wait until you’re profitable to start scaling, you probably won’t get to profitable. It’s not the only reason startups run out of money, but it’s the easiest one to prevent.

"They are wasting time and money"

VENTURE – Companies for Tomorrow – Just a suggestion for 2021! #ventureforward #switzerland … 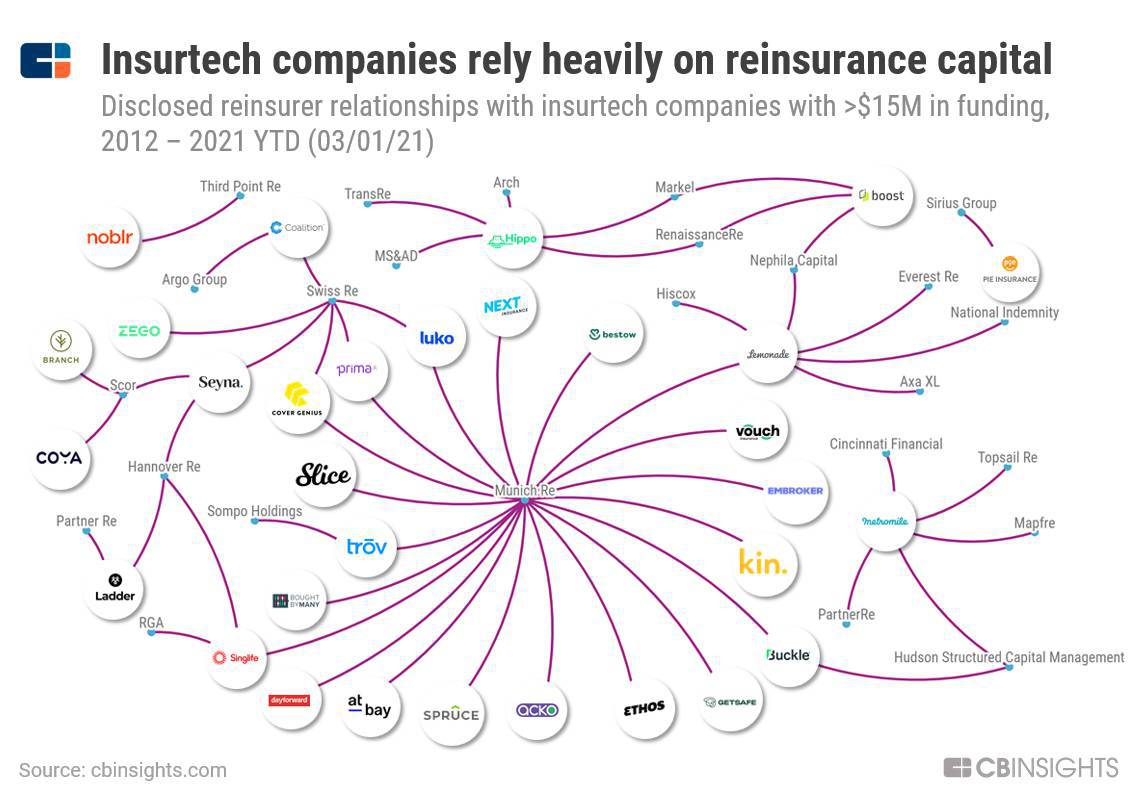 These Reinsurance Incumbents Are Fueling The Rapid Growth Of Insurtech Startups