A sign at the headquarters for Washington state’s Employment Security Department at the Capitol in Olympia, Wash. (AP Photo/Ted S. Warren, File)

Jennifer Moore initially saw her role as a customer intake specialist at Employment Security as a kind of calling. She has a background in social work, and wanted a job that would let her make a difference in people’s lives during a crisis.

Additionally, Moore herself had been through the state’s unemployment system before, and thought her own experience would help her to advise people.

But what she found after her arrival last summer was a system that actively tried not to help people.

“Even though it’s a social insurance program that was set up for when times go bad, it’s really, really predicated on denying people,” she said.

Criticism and strategizing for Employment Security before Legislature

Moore eventually quit her job because she felt the department’s values did not match her own.

For the better part of a year, KIRO Radio has heard from people waiting months on ESD for their benefits, including some who are still waiting on funds from last spring. Claimants have reported spending weeks on end calling in without reaching a person, or finally getting through, only to find that the person they were speaking with could neither answer their question nor connect them with someone who could.

In the meantime, people have been forced to sell personal possessions to get by financially.

At last count in early January, the backlog had spiked at nearly 40,000 people waiting on unemployment benefits. After that point, the portion of the ESD dashboard that normally lists that queue every week was taken down for maintenance.

During his most recent press conference, Governor Inslee promised that ESD was making changes to chip away at that backlog.

“The department is using new technology, training new people, building new capacity, and we’re going to continue in that effort,” he said.

The passage of an unemployment bill by the Legislature last week did not ease the concerns of many workers. As workers’ rights group Working Washington pointed out, the bill does not require ESD to pay workers or respond to their inquiries any faster.

A look at the inside of Employment Security

Moore described ESD as a sort of assembly line, with those on specialized phone lines acting as cogs in a giant machine.

She and her team started on the main customer service line, where they tackled a variety of issues for people. But when they were moved to the Lost Wages Assistance line, they could only certify one yes or no question related to that topic — despite having the knowledge and previous experience to help with other questions and concerns that came up. Management was firm about what the employees could not tell people.

“To give an example, things like, telling a person, ‘You’re eligible for a Pandemic Emergency Unemployment Compensation, I can get that extension going for you,’ I was told, ‘No, you cannot do that,’” she said.

She said management offered her little explanation as to why she and her colleagues were not allowed to help people outside of their designated topic, when they clearly had the skills and knowledge to address other problems.

In a report to the Legislature last month, Employment Security said 1,000 new people had been hired to help with the record number of calls. On the busiest day, that can be as many as 100 calls per second.

However, Moore observed that her time was ironically not used to its potential on the Lost Wages Assistance line.

“We got maybe one to two calls an hour on that line, so it was very quiet, and we had lots of time we could have used to resolve issues we knew how to resolve,” she said. “Meanwhile we were told to tell people to call into the main customer line that was hanging up on people due to call volume.”

The focus from higher up, she said, was speed over actually making a difference to fix the issues.

“They prioritize keeping things moving at the expense of taking time and energy to solve problems,” she said.

For instance, Moore was reprimanded if she took time after a call to record details about a person’s claim.

“I usually would need time between calls to make notes … so there would be good notes for the next person who would be picking up this case,” she explained. “And I was told, ‘No, you get five seconds in between calls.’”

She and her colleagues were also not supposed to talk to the same claimant twice.

“We weren’t really supposed to follow up with people too much or anything,” she said. “I mean, it was very much the [attitude of], ‘You’re not social workers.’ And every time I’ve ever heard that, I said, ‘Then what are we?’”

To make things more difficult, just about every week, Moore said, rules and procedures for employees changed. Within the same few months, Moore and her colleagues on the Lost Wages Assistance line were told not to address any other issues, then told that they could talk about certain other issues, then told once again not to stray from Lost Wages Assistance.

Even with the confusion, Moore said there was no extra grace given to claimants.

“Every week there was a new change, a new hoop to jump through … and the onus was always on the claimant,” she said.

Moore did write about her concerns to those above her in ESD management, including now-former commissioner, Suzi LeVine. LeVine did respond to her personally, but Moore found the email to be tone-deaf, treating unemployment benefits as simply an insurance program instead of a legally-required government benefit for people going through hard times.

“It was also coupled with a tone of deflection,” she said. “I felt that throughout the entire organization. It was never (ESD’s) fault.”

Never once did she hear any acknowledgement of mistakes from anyone in Employment Security management.

“The lack of clarity, transparency, and accountability were very evident to me as a very low-level employee,” she said. “And it affected our ability to do our job.”

Employees were constantly told to protect the money, and Moore said that this was prioritized over making sure it got out to the people in need. It was giving people the very opposite of the benefit of the doubt, she explained.

“Every call, I am trying to stem the bleeding with these folks, while ESD is telling me, ‘Oh that’s okay, they’ll be bleeding for another month on the ground because we really have to verify that they worked in a wading pool for a month,’” Moore said.

This sort of system, she said, only serves to deepen the inequities for groups that are already marginalized and need unemployment payments. People who don’t have internet access, such as those who cannot afford it or live in an area with no service, or those who do not have the ability to understand the language on complicated form letters, including those who speak English as a second language, are at a distinct disadvantage in an unemployment system that relies on people navigating its complexities online.

It was for this reason that Moore was especially disappointed to hear about LeVine’s promotion to a national unemployment role with the Biden administration.

“People’s lives genuinely have been ruined because we’ve basically privileged paperwork and anemic responses and business as usual and deflection and, frankly, our own image over actually doing meaningful work for people,” Moore said. “Promoting someone? Do you genuinely care about doing the work of creating a healthy community? Or do you only care about PR and money and we’re going to get more of the same?”

Moore had thought the Biden administration would stand up for labor, but the appointment of LeVine has her questioning this. 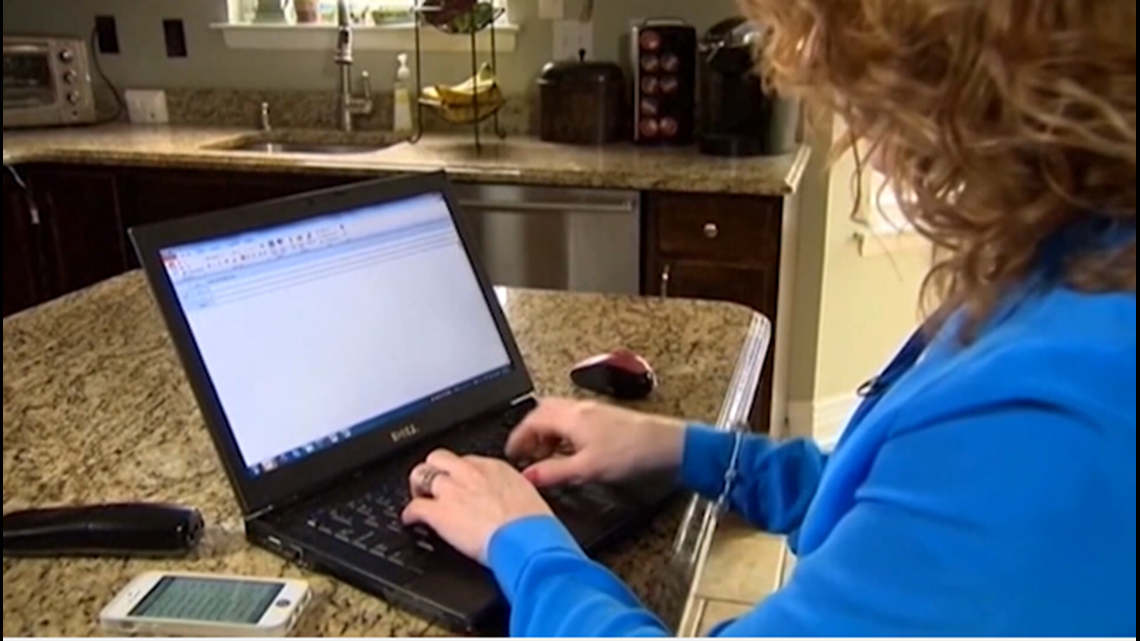 Women struggling to get back to work; career advisor shares advice

Opinion | A $15 minimum wage won’t happen. Democrats should get to work on a more modest raise. Free PDF download: Working from home: How to get remote work right