The New Orleans Saints‘ 2020 season ended on Sunday night, as they fell to Tom Brady and the Tampa Bay Buccaneers in the divisional round, 30-20. While it didn’t end with Sean Payton hoisting a Lombardi Trophy, there are still reasons to be content with what the Saints were able to accomplish this season. They won the NFC South for the fourth consecutive year with a 12-4 record, they defeated Brady twice in the regular season in his first year with the Bucs, Alvin Kamara made NFL history by rushing for six touchdowns in a game against the Minnesota Vikings on Christmas and they did win a postseason game after failing to do so last year.

This offseason is going to be incredibly important for the Saints moving forward as a franchise, as they will likely be searching for a new starting quarterback. Not only that, but this franchise will be forced to deal with several pressing issues such as pending free agents and then of course the salary cap. Below, we will examine what I believe to be the three most important steps New Orleans will have to take in the coming months.

Drew Brees said he’s going to take some time to think about retirement, but maybe the Saints should give him a little push towards the door. Brees is an NFL legend, there’s no doubt about it. He was the first quarterback to get to 80,000 passing yards, he’s the all-time leader in completions and passing yards, second in all-time passing touchdowns, a former Super Bowl MVP and set an NFL record with 12 straight seasons of 4,000 passing yards. But it became apparent this year that he should probably hang up the cleats. Brees completed 70.5 percent of his passes for 2,942 yards, 24 touchdowns and six interceptions in 12 regular-season games played, and his 245.2 yards gained per game was his worst mark since his Chargers days. Against the Buccaneers in the playoffs, Brees completed 19 of 34 passes for 134 yards, one touchdown, three interceptions and struggled to throw the ball downfield — much like he has the past few seasons. Brees is a Saints legend, and no one wants to remember him like we saw him on Sunday.

With Brees now out of the picture, the Saints will be charged with finding their new starting quarterback. There are a lot of different opinions when it comes to this situation, but I do believe that the Saints’ new starting quarterback is currently on the roster. Payton’s love for Taysom Hill seemingly knows no bounds, but it could be Jameis Winston. His 56-yard touchdown pass to Tre’Quan Smith on Sunday was the longest Saints play of the season and he now has the same amount of 50-yard touchdowns in the postseason as Aaron Rodgers and Patrick Mahomes. I’m not claiming that one trick play in the playoffs proves that he’s the future of the franchise, but Winston is someone who has a ton of potential. He was the NFL’s passing champion last season and was No. 2 in passing touchdowns. Yes, he did lead the league in interceptions, but Payton is someone who knows how to develop a system around a quarterback’s strengths and Winston would open up the Saints to more explosive plays down the field. You have to wonder if that will make players like Michael Thomas happy.

Winston was brought in last offseason as a free agent, so the Saints will have to re-sign him if that’s the direction they want to go in. As for what he will get paid, that’s another debacle the Saints will have to figure out. New Orleans’ salary cap situation makes me happy that I’m not a general manager, which leads me to No. 2 on our to-do list.

This isn’t something that is necessarily going to help the Saints find on-field success in 2021, but it is absolutely something they have to accomplish in the correct manner if they want to retain their status as contenders. The Saints have the worst cap situation in the NFL, as they are currently $95 million over the limit. As Over The Cap founder Jason “OTC” points out, that number will soon balloon to $100 million once they sign futures deals. This means a few different things: the Saints can’t be aggressive in free agency, it limits their possibilities with pending free agents looking for new deals and they will be forced to part ways with players. New Orleans will have to cut, restructure and shop players via trade.

Finding candidates to cut is hard, but tight end Jared Cook, linebacker Kwon Alexander, defensive lineman Malcolm Brown and cornerback Janoris Jenkins could be playing for new teams next year. Expect a couple of big players like Cameron Jordan and Marshon Lattimore to restructure their deals as well. In all, this is truly a horrendous situation, and the other 31 NFL teams will be paying attention to how the Saints deal with this scenario.

“Man, I don’t know what they do after this,” one cap manager told CBS NFL Insider Jason La Canfora. “This is about as bad as anything I have seen. They are really all-in with no wiggle room.”

Another cap manager said: “I mean this is a case where you might want to keep restructuring and pushing (cap charges) back because you have a good roster, but now that the cap is flat, or worse, the next few years, that can really end up just compounding the problems. They have a lot of work to do in 2021.”

3. Use the draft to fill holes

Since the Saints won’t have the chance to be aggressive in free agency, their improvements will have to come via the 2021 NFL Draft. We know that New Orleans will have the No. 28 overall pick, and the Saints would be intelligent to select someone who could replace a potential cap casualty or former star player who was traded. CBS NFL Draft writer Ryan Wilson has the Saints picking former Tulsa linebacker Zaven Collins with their first-round pick in his most recent mock, who is an incredibly versatile athlete that could wear multiple hats on defense. He could replace Alexander at inside linebacker, or serve as a pass-rusher. If the Saints part ways with Jenkins in the secondary, they could use that pick on a cornerback or take a wide receiver if they move on from Emmanuel Sanders. It will be tricky, but the Saints can do enough this offseason to be contenders next year. 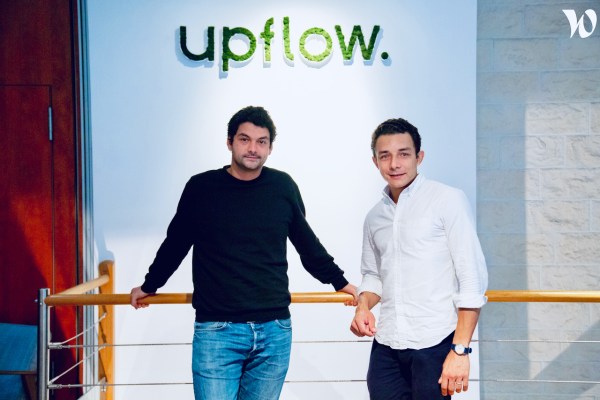