Ashish Hemrajani, founder and CEO of BookMyShow. Photo by Mexy XavierFirst came the climax. “Early last March, movie ticket sales were at an all-time high,” recalls Ashish Hemrajani. BookMyShow, India’s largest movie and event ticketing company, was set to end the fiscal year on a high note. “Everybody was riding high. The entertainment business was doing phenomenally well,” says the founder and CEO of BookMyShow. The company posted Rs594.19 crore in revenue from operations in FY19, and was primed to stage a much better show in FY20. Hemrajani, the hero of the show, was excited about the future.

A few days later, entered the villain, and the anti-climax. Towards the end of March, the country went into a lockdown to fight the Covid-19 pandemic. Everything got shut down, screenings stopped, events paused, and businesses came to a screeching halt. Nobody saw it coming. “There are things you can’t control,” rues Hemrajani. The show business braced itself for a merciless battering. Hemrajani, for his part, was getting mentally prepared for a long take. “It won’t end soon. Maybe a year, if not longer,” he prophetically told one of his friends last April.

Related Articles
Hemrajani’s caution stemmed from experience. At the peak of the dotcom bust in 2001, and just two years into his venture of digitising ticketing solutions for cinemas and booking movie tickets via phone for customers and delivering to their homes, Hemrajani was forced to cut the headcount of Big Tree Entertainment by 96 percent. From 150, the rolls shrank to six. “We did what was right for the organisation,” he stresses. “It’s [cutting jobs] not a happy moment. It doesn’t make us proud.” His voice falters and the interview pauses for a moment. “We are battle-hardened as an organisation,” he lets on.

Two decades later, it’s time for another battle. After posting revenue of Rs 701.40 crore in FY20 and getting close to 95 percent of it from the sale of movie tickets and events, BookMyShow has been mauled by the pandemic. After a staggered and partial reopening last year (five months of FY21, from November to March), theatres are shut again, as the country battles the ferocious second wave of the pandemic. On-ground events are still a thing of the past, and movies are released on ‘over the top’ (OTT) platforms. What this means for BookMyShow is a prolonged period of pain. The headcount, this time, has been slashed by 48 percent—from 1,450 to 750.
Though Hemrajani declined to share financials for FY21, one can get a sense of the hit that companies in the entertainment and movie industry have taken from the performance of PVR, India’s biggest theatre player. The multiplex operator posted total revenue of Rs 749 crore in FY21 as against Rs 3,452 crore in FY20. While Ebitda during the same period shrunk from Rs 1,114 crore to Rs 134 crore, PVR posted a loss of Rs 748 crore as against a profit after tax of Rs 27 crore a year earlier. “FY21 was marked by never before seen challenges for the multiplex industry,” said Ajay Bijli, chairman and managing director of PVR, earlier in June. 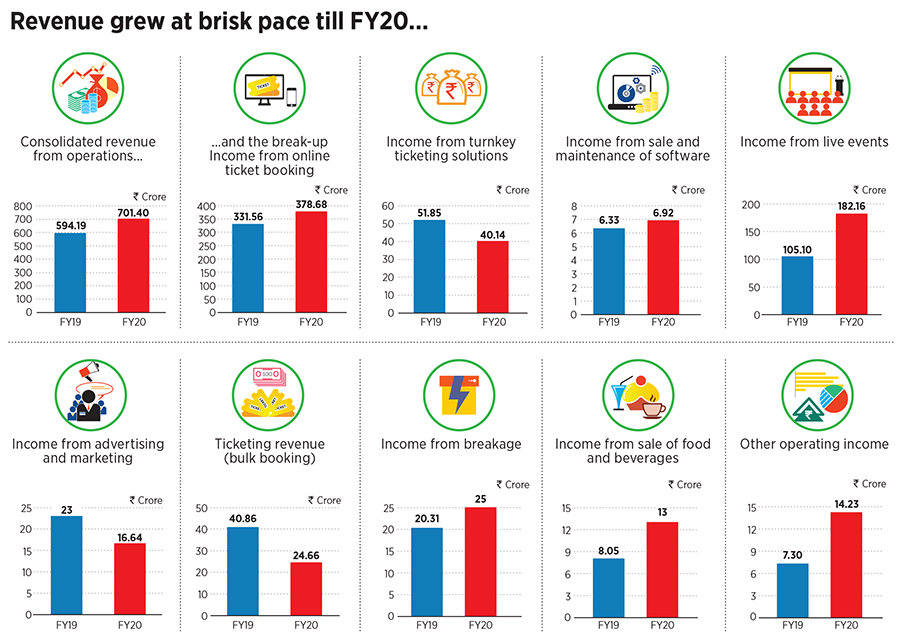 While PVR is doing its bit to keep a lid on fixed costs, shoring up liquidity and generating revenue from new sources like, among others, private screenings, BookMyShow has been exploring new levers of business in a bid to reinvent itself. Take, for instance, BookMyShow Stream. The Transactional Video on Demand (TVOD), or ‘pay per movie viewed’, was rolled out this February, with 600 movie titles. Within four months, the service has seen a brisk uptick: Over 2 lakh streams, 33 percent new transacting users and 1,200 titles. “Over 40 percent of the content is exclusive to BookMyShow,” asserts Hemrajani.

Last year, the company started BookMyShow Online, a video streaming for live entertainment across music, comedy, and other performing arts. This vertical too has been promising growth. Till last December, 37,381 hours of content was streamed, and over 2.35 lakh consumers bought tickets to watch virtual events. “We just need to make sure that when we come out of Covid, we are more efficient, nimble and agile,” says Hemrajani, sounding optimistic about the future. 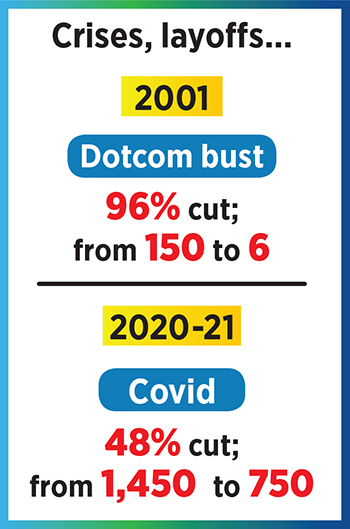 He is not alone in seeing a silver lining. The backers of BookMyShow too sound upbeat. “We are absolutely bullish on the strategy ahead,” says Prashanth Prakash, founding partner at Accel. The venture capital (VC) firm first invested in the company’s series A round in 2012, and followed up with funding in series B and C rounds in 2014 and 2016, respectively. “We have no doubt that BookMyShow’s value creation and category leadership is all set to compound,” he adds. While the pandemic has persisted and has hurt the entertainment industry significantly, BookMyShow’s ability to react swiftly and change track to move from out-of-home entertainment to all-things-entertainment is a result of the deep foresight and experience of its founding team, he maintains.
What gives Prakash hope is the history of the ticketing major, which battled crises in the past. The company, he points out, has experienced multiple challenges in its journey, but has successfully adapted each time, and bounced back stronger. Apart from Accel, other backers of BookMyShow include TPG Growth, Stripes Group, Elevation Capital, and Network18, which publishes Forbes India.

Exploring new streams of revenue, reckon analysts, is the need of the hour. “BookMyShow will have to reinvent itself,” contends Surya Mantha, senior partner at VC fund Unitus Ventures. The company needs to figure out if there is a similar value to aggregation of online streaming events at one destination. They could experiment with new revenue models of content-led subscription packages. The company, Mantha underlines, may also have to become a bigger producer of events as opposed to simply curating and marketing them on its platform.
The task, though, won’t be easy. Reason: Sales from online streaming and virtual events are not likely to make up for the loss of movie ticketing and physical events, which form a bulk of the revenue. Moreover, it would be naïve to expect the four-month-old BookMyShow Stream to turn into a money-spinner overnight. There is another problem. Though growing at a fast pace, TVOD is still a niche space in the OTT) world, which is dominated by advertising VOD (AVOD) and subscription VOD (SVOD) players like Netflix and Amazon. “The strong identification of BookMyShow as a ticket booking platform might hinder wide adaptation of its streaming vertical,” says Ashita Aggarwal, marketing professor at SP Jain Institute of Management and Research. One needs to build awareness as well about the new offering. Take, for instance, Flipkart and Amazon. Both the ecommerce majors had to spend considerable time to let consumers know that they can shop for grocery on the platform. “It can’t happen overnight,” she says.

Hemrajani, for his part, is confident of the new strategy. He starts with the biggest reason. “We understand movies better than anybody else,” he asserts. BookMyShow, he claims, has 200 million customer visits per month, and 80 million monthly active users. What this means is that data analytics will reveal how many of the users did not watch a certain film or a piece of content. “So we built our stream as a second opportunity for them to catch the product,” he says. BookMyShow Stream offers users the option to rent a movie for a finite duration or buy it for unlimited access with prices ranging from Rs 40 to Rs 700, depending on the rent or buy option, as also the recency and scale of the movie on the platform.

The second strong moat is the ‘windowing period’, which enables it to stay away from taking on OTT players head-on. After any theatrical release there’s a windowing period of four to six weeks before the content goes into the long tail of OTT. “This is how we position BookMyShow Stream,” he says. What BookMyShow needs to do, he underlines, is to ensure that right content is married to the right data set.

But will the streaming gambit pay off? After all, BookMyShow did try to dabble in radio streaming in the past, but it bombed. Hemrajani is convinced about hitting bull’s eye. “Our success is founded on a pile of failures,” he says, acknowledging that diversifying into radio streaming was not a right move. So what went wrong? The nature of the business was the culprit. While BookMyShow was deeply immersed in movies, the entrepreneur didn’t have any clue about the nuances of radio, content acquisition cost, and driving customer adoption. “But we learnt from it,” he says. The biggest learning was sticking to the core: Movies. “Movies and theatres are very much going to stay,” he says. The era of hyper growth, he believes, will be back from next year.

Analysts too predict a rebound in the fortunes of the entertainment world across the world, including India. “Whenever things go back to normal, the movie industry will be back with a vengeance. It has already started happening in the US and Europe,” says Depesh Kashyap, media and entertainment analyst at Equirus Securities. As the pace of vaccination gathers steam, and movies start releasing, people will go back to the theatres.

“BookMyShow’s main revenue stream will see a sharp uptick whenever things start rolling,” he predicts. Over the next few months, the new business verticals will revolve around the core ticketing and event business. “For the company, it’s just a question of surviving the storm,” he says.

Meanwhile, Hemrajani is not thinking too much about the results. “When the disruption is external, one just needs to focus on inputs,” he says. Underlining that the pandemic is not the last challenge the company would face, Hemrajani outlines his dual-approach to deal with such crises. First is the realisation that everybody has been hit by the storm. “You’re not alone, you keep reminding yourself,” he says. Second is to be ready for the future. So would BookMyShow be better prepared whenever the next normal comes? “100 percent,” says Hemrajani. “I have no sleepless nights, knowing that I did my best,” he says.

Will BookMyShow meet a befitting climax? Well, the show is on.

Click here to see Forbes India’s comprehensive coverage on the Covid-19 situation and its impact on life, business and the economy​ 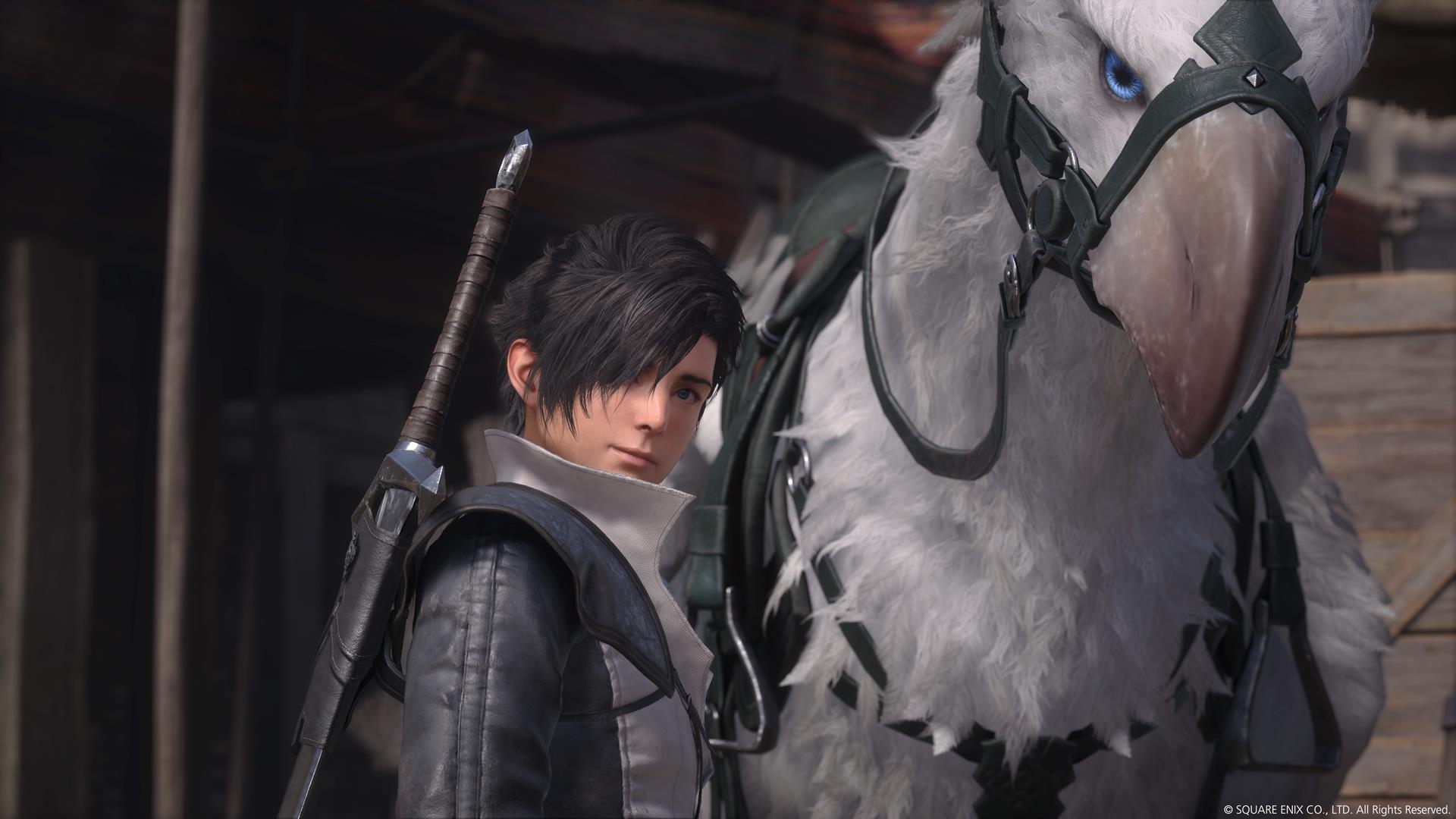