Mumbai: The resurgence of COVID-19

has dented but not debilitated economic activities in the first half of Q1 of the current fiscal even though caseload of infections is much higher than before, according to an RBI article.

The ferocity of the second COVID-19

wave has overwhelmed India and the world, the article said, adding that war efforts have been mounted to stop the surge in its tracks.

“The impact of the second wave on the real economy seems to be limited so far in comparison with the first wave. Evidently, the localised nature of lockdowns, better adaptation of people to work from home protocols, online delivery models, e-commerce and digital payments are at work,” the article on the state of economy authored by RBI Deputy Governor MD Patra and other officials said.

The RBI made it clear that views expressed in the article are those of the authors and do not necessarily represent that of the central bank.

As per the article, real economy indicators moderated in April and May, as many states imposed restrictions to arrest the renewed surge in infections. The second wave has intensified in metros/ cities, and relative to the first wave, it has spread rapidly across states, regions, and into rural pockets.

The resurgence of COVID-19

, the article said “has dented but not debilitated economic activity in the first half of Q1:2021-22”.

Aggregate demand conditions have been impacted, albeit not on the scale of the first wave, it pointed out.

“Although extremely tentative at this stage, the central tendency of available diagnosis is that the loss of momentum is not as severe as at this time a year ago.”

“The biggest toll of the second wave is in terms of a demand shock – loss of mobility, discretionary spending and employment, besides inventory accumulation, while the aggregate supply is less impacted,” the article said.

It also said that Google mobility indicators exhibited a dip across all major cities in April and May as compared to the baseline. The Apple mobility index also corroborated this declining mobility across cities.

E-way bills – an indicator of domestic trade – recorded a double-digit contraction at 17.5 percent month-on-month (m-o-m) in April 2021. Preliminary data on petrol and diesel sales point to a decline in fuel demand in April, attributable to mobility restrictions.

Also, most of the original equipment manufacturers of passenger vehicles reported a m-o-m dip in April, reflecting subdued demand. Freight and passenger movements reflected moderation, according to the article.

Further, the article said that new infections appears to be U-shaped. Each shoulder of the U represents sectors that are weathering the storm — agriculture at one end and IT on the other.

On the slopes of the U are organised and automated manufacturing on one side and on the other, services that can be delivered remotely and do not require producers and consumers to move. These activities continue to function under pandemic protocols.

In the well of the U are the most vulnerable – blue collar groups who have to risk exposure for a living and for rest of society to survive; doctors and healthcare workers; law and order; and municipal personnel; individuals eking out daily livelihood; small businesses, organised and unorganised – and they will warrant priority in policy interventions, as per the article.

“It is in this direction that the Reserve Bank, re-armed and re-loaded, has stepped out. This is the beginning. There is more work to be done,” the article said.

About what has worked so far, the article said that lockdowns have worked in controlling transmissibility.

Localised lockdowns rather than nation-wide lockdowns have been preferred in order to balance the spread of infections versus the loss of economic activity but the jury is out on which works and where, it said. 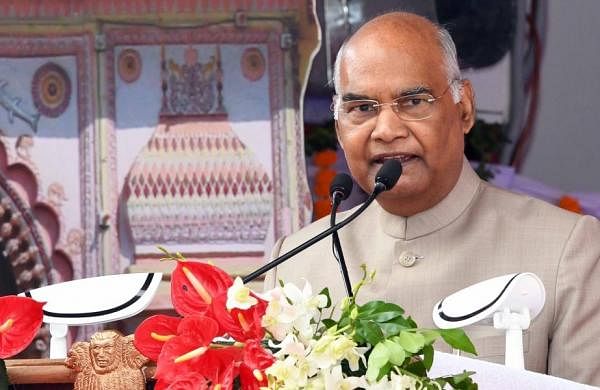