AKIKO FUJITA: Electric moped sharing company Revel is announcing a new pivot to their business today, launching its first fast charging hub for electric vehicles in Brooklyn. The site will have 30 chargers. It will be open to all EV owners 24 hours a day. Let’s bring in the CEO of Revel, Frank Reig. Frank, this is a bit of a departure from what people know your company for. What prompted the new direction?

FRANK REIG: Akiko, Zack, thanks for having me. I wouldn’t really call it a new direction. I mean, from the day we launched mopeds back in 2018 here in New York City, here in Brooklyn, our vision was always, how do we drive large scale electrification in our cities, in our communities? And we are simply– we started with mopeds. And now we’re just marching towards that broader vision and launching to electric vehicle charging.

ZACK GUZMAN: Yeah, when we look at it, it’s an interesting pivot because, you know, it’s kind of in the same sphere of smart transportation within cities and trying to build that out. I wonder how much of it might have to do with maybe currying favor with regulators in some of these cities, as you look to expand the moped side as well.

FRANK REIG: Zack, this has nothing to do with currying favor. This is simply where the market is heading in a big way. And the timing is now. I mean, this is Yahoo Finance. I’m sure you guys have seen announcements from GM recently about transitioning their entire fleet by 2035. Every other auto OEM has made big announcements recently about next year, 2023, beyond, what they’re doing on electric vehicles. How many new electric vehicle OEMs have gone to the public markets in the last few months through the SPAC process?

But the bigger question is, where are all these vehicles going to charge? So that is what Revel is solving. Because currently, the infrastructure is so far behind where the market is going.

AKIKO FUJITA: You said that this is just the first in a number of super hub locations you are planning. How many more are in the cards? And what kind of timeline are you looking at?

FRANK REIG: I would just say, Akiko, many more are in the cards, and there will definitely be further announcements in 2021.

ZACK GUZMAN: I got to say, Frank, you know, I left New York. Revel is one of the favorite things that I loved about it. It was so much fun to hop on one of those things. And we’ve talked about it in the past. But when it comes to maybe where it goes, talk to me about the shift and in terms of what kind of revenue you expect to see on the charging side, if you’re going to be putting effort into that, instead of maybe– I’m not sure it comes with a cost, but explain that.

FRANK REIG: So right now, when you look at a city like New York, Zack, this fast charging station, which, by the way, is the largest in the nation for a station that does all auto OEMs, not just Tesla, if you look at New York City, this one station that we are developing right now in Brooklyn will basically 3x the amount of fast charging infrastructure in New York City. And as I mentioned, this is going to be the first station of many in New York City and beyond.

So in terms of the market needing infrastructure, folks, whether they’re in New York City or any other city, they need places to charge their vehicles because, Zack, it just does not exist. We are way behind on the infrastructure piece for electric vehicles and driving electrification in cities.

ZACK GUZMAN: I do miss it. As I said, I’m not sure how many people are riding it in the storm right now. But when we last spoke with Revel, you know, there was the issue about safety. And you guys put in those precautionary measures to make sure people were going through the training, that they were wearing helmets, sending in selfies of them wearing helmets to make sure that they could ride. What kind of impact to ridership did you see that have? Because that was one of the question marks that we had last time. So what’s changed maybe since you put those in place?

FRANK REIG: When we relaunched on August 28 here in New York with our fleet of over 3,000 vehicles, what changed, Zack, is simply rider behavior exponentially got better in the right direction. And I would say the amount of Revel riders using helmets also exponentially increased. So I would say what we saw was exactly what we were trying to do– changing rider behavior. From just a ridership perspective, I mean, anyone that was in New York in September and October and even November, I think can attest to, it was no different ridership. This is clearly a vehicle that is here in New York City that New Yorkers love and is here for the future.

AKIKO FUJITA: Frank, you talked about this shift that we have seen in sentiment overall, and the push to EVs. GM’s announcement, of course, we’ve also gotten several announcements coming from this new administration about their commitment to building out charging stations, their commitment to using EVs further. There’s a lot more that’s left in the EV stack, though. So as you look to where the opportunities are for Revel, you’ve got the vehicle now, you’ve got the charging station. What are some other pieces of the stack that you think would make sense for your company?

FRANK REIG: I’ll just put it this way, Akiko. Our goal is, if you need to go from point A to point B in a city like New York or any other city that Revel is in, you’re going to open up the Revel app, and there’s going to be a way to get there. So we are not stopping at mopeds. We are not stopping at scaling infrastructure. There will be more announcements. We just need to hold tight– for now, anyway.

ZACK GUZMAN: All right, being very coy about this, Frank. But I appreciate you coming on here to chat, at least for this one charging hub and obviously a big impact. But when you do make those announcements, I would love to have you back on to discuss. As I said, it was good times. I do miss the ride. Revel CEO Frank Reig, appreciate you taking the time.

Turnovers prove costly as No. 15 Creighton falls to Georgetown | Creighton 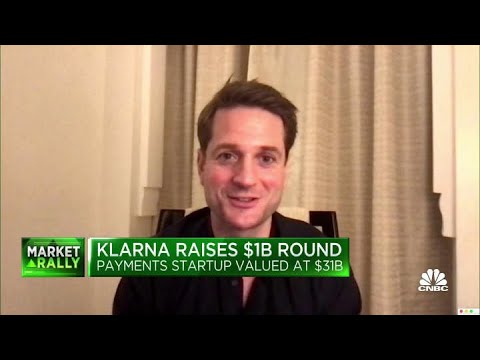