(Kim Raff | New York Times file photo)
Ryan Smith, co-founder of the software company Qualtrics, at the company’s headquarters on in Provo in 2017.

Qualtrics International turned Thursday into something huge for Utah, its economy, a growing tech sector and for investors.

It also made history. And lots of money.

The cloud-based software giant, with offices in 25 countries and expert in what it calls “experience management,” began in a Provo basement in 2002. It grew for 10 years without the usual reliance on outside venture capital, built a global customer following, and then got snatched up two years ago for $8 billion in a surprising deal many called way overpriced.
Not so, it turns out. Qualtrics is now valued above $15 billion. Its initial public offering Thursday to investors on the Nasdaq brought in $1.55 billion, the largest transaction of its kind in Utah history.
“This is absolutely special!” beamed Ryan Smith, Qualtrics’ co-founder and majority owner in the Utah Jazz, as he and CEO Zig Serafin rang the Nasdaq’s opening bell remotely from their Provo offices.
The firm’s new XM ticker symbol then soared by 52% above its opening price. That brought Qualtrics, its German parent company, SAP, and underwriters of the deal a massive pile of cash, one that crushed Utah’s prior largest IPO, by Salt Lake City-based nuclear waste processor EnergySolutions in 2007, which brought in $690 million.

Many say the IPO has left a new landscape for Qualtrics, Smith, northern Utah’s Silicon Slopes tech sector and the state at large. But what will the deal really mean?

If you bought XM shares, there’s reason to be upbeat, even as stock markets have endured lots of turmoil of late. Qualtrics has been on a decidedly upward ride in recent years, growing revenues, its global footprint and what is almost a sense of zeal among customers.
If it’s any clue to the future, XM retained most of its initial stock gains in Friday’s trading.

In its IPO filings, the company says it has “pioneered” an entire field of software for experience management, and that its XM platform lets subscribers “turn their customers into fanatics, employees into ambassadors, products into obsessions, and brands into religions.”

The firm of 3,300 employees also disclosed it currently had more than 12,000 customer-subscribers “of all sizes” in over 100 countries as of September, “including 85% of the Fortune 100.”

But let’s be clear: Owning shares in Qualtrics won’t give you sway as a shareholder on where the company heads from here. SAP — the immense German software multinational that swooped in to buy Qualtrics ahead of public investors in 2018 — still holds 98.1% of share-based voting power in Qualtrics.

The Utah firm says that, for the foreseeable future, shareholders “will not have a meaningful voice in our corporate affairs and that the control of our company will be concentrated with SAP.”

According to filings, a portion of IPO cash will go toward covering $1.76 billion in debts to a SAP subsidiary. The rest, it says, will provide working capital “to finance our growth, develop new businesses, products, services or technologies, and fund capital expenditures.”

Qualtrics’ total valuation is now above $15 billion — and Ryan Smith spoke emotionally to a world audience last week about the firm devoting its clout and its platform “to do good.” Ever the XM booster, he put it in terms of “eliminating bad experiences.”

“We will lead where governments lack. We will be vocal when others are quiet,” he said at XM’s celebratory Nasdaq launch, with swelling music in the background. “We are determined to create positive experiences in absolutely everything that we do because we embrace our responsibility, this responsibility to use business as a source of good.”

For Ryan Smith and family

Smith co-founded Qualtrics with his father, Scott, and brother, Jared. SAP’s Qualtrics purchase brought him and his family new wealth. Now, he remains executive chairman and has got more money, including a sizable chunk of change to grow the firm, which went into the IPO relatively strong compared to similar tech offerings.

“Ryan did a great job of bootstrapping the business and growing it in significant ways before he took any outside funding,” said Jeff Burningham, founding partner and chairman of Peak Capital Partners, an investment firm based in Provo.

Smith and his wife, Ashley, took their public profile in Utah to a new level last fall, when they bought a majority stake in the Utah Jazz in a deal reportedly worth $1.66 billion. Thursday’s deal will probably build that profile even further.
He’s also shown a commitment to philanthropy and is active in 5 For The Fight, a cancer research charity he founded in 2016 on a promise to his cancer-survivor father. The IPO deal also earned him personally another $90 million or more, on paper at least, through his ownership of 6 million shares he bought in December. Some of that added wealth is likely to flow to charity.

“If you know me at all,” Smith said last week, “you know how passionate I am about Utah.”

Many are predicting a public Qualtrics will also lift investment prospects for the rest of Utah’s more than 6,500 technology firms. The enclave of Silicon Slopes tech firms clustered around the Interstate 15 corridor linking Salt Lake and Utah counties is not only a rising force in the economy but also has gained in world reputation, partly due to Qualtrics’ heightened visibility.

Thursday’s IPO will probably further build the state’s talent pool of company executives, software engineers, product designers and startup veterans who are pushing the sector forward as they deepen their interconnections.

“The impact Qualtrics has had and will continue to have on the startup and tech ecosystem in Utah is immeasurable,” said Clint Betts, executive director of the Silicon Slopes trade group and a member of the nonprofit Salt Lake Tribune’s board of directors.

Utah’s tech sector is notably driven by entrepreneurs, Betts said, and Qualtrics’ leaders “have shown they’re more than willing to mentor and support the next wave of successful companies.”

Many of Utah’s top tech CEOs and executives are also focused on expanding access to opportunity in the state in hopes of pushing high-wage tech jobs to rural areas and the disadvantaged, according to Betts. They’ve pressed for computers in public schools and to strengthen computer science curricula while also creating investment funds set aside to help budding Utah entrepreneurs.

Smith, as a key backer of the Silicon Slopes brand, had a big hand in that direction, Betts said. “His leadership and voice are critical within our organization and, in my opinion, the state at large.”

Fundamentally, Qualtrics is symbolic of the tech sector’s increasing slice of the state economy, now representing more than for 1 in 7 jobs, usually at higher-than-average wages. It also shows how the Beehive State continues to diversify, making it more resilient in economic downturns, including the coronavirus pandemic.

Demand for companies offering cloud-based computing services was strong and building before COVID-19 and has only intensified as more businesses invest heavily in new tools for remote working and customer care.

Utah has a pipeline of firms with strengths in similar services now emerging along with Qualtrics, including Domo, Pluralsight, Divvy, Podium, Weave, Lucid, MX, Pattern and myriad others, Betts said, reflecting nearly two decades of increasing influence in the state’s economy.

“Software is eating the world and software as a service is a hot space and something that Utah excels in,” Burningham said. “This won’t be the last IPO out of Utah.”

The Funded: $4.4B raised by Bay Area venture firms at week's end 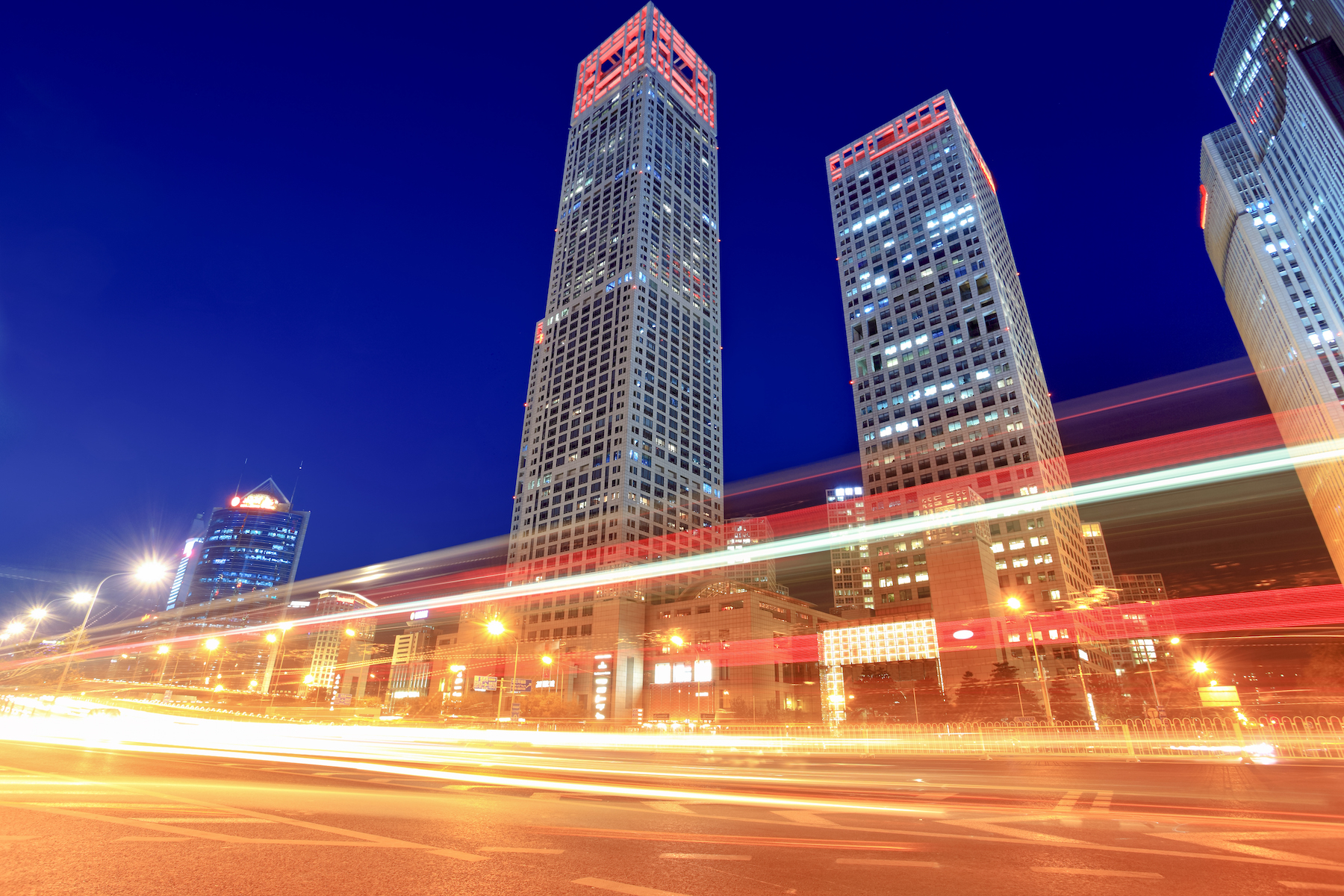