As business owners from coast to coast say they can’t find enough workers willing to come back to work, President Biden on Monday said he wants to make sure people offered a job either take it or lose the generous COVID-19 unemployment benefits.

“No one should be allowed to game the system and we will insist that the law is followed.”

Biden added: “Let’s not take our eye off the ball. Families who are just trying to put food on the table, keep a roof over their head, they aren’t the problem.”

Biden made the comments even as White House Press Secretary Jen Psaki insisted that the benefits, which pay some people more not to work, were not the cause of disappointing jobs numbers released last week.

Psaki told reporters at her daily briefing, “We don’t see evidence that extra unemployment insurance is a major driver in people not rejoining the workforce.”

Biden tried to present a rosy overall take on the nation’s recovery, saying the economy was moving in the “right direction” despite slower jobs growth. And he called on Congress to pass his $4 trillion infrastructure and “families” plans.

He also argued that companies, many of them having suffered huge losses after enduring a year of pandemic shutdowns and other restrictions and still not fully back to 100-percent capacity, may be to blame for failing to lure workers back with higher pay.

“My expectation is that as our economy comes back, these companies will provide fair wages and safe work environments. And if they do, they’ll find plenty of workers, and we’re all going to come out of this together better than before,” he said.

A federal report on Friday revealed slower than anticipated jobs growth in April. The US added just 266,000 new jobs — far below estimates of around 1 million as the economy rebounds from the COVID-19 pandemic.

The US Chamber of Commerce, which represents businesses, blamed a $300 weekly federal supplement for the unemployed and called on the government to end it before it’s set to expire in September.

Biden on Friday said that the supplement isn’t to blame for the disappointed jobs report.

“The idea that they don’t want to work? Most middle class, working class people that I know think the way my dad did… A job is a lot more than a paycheck. He’d say, ‘Joey, it’s about your respect, your dignity, your place in the community,’ ” Biden said.

But studies have found that a large number of lower-wage workers do earn more staying home.

A University of Chicago study found that 42 percent of people claiming unemployment insurance earn more through the government checks than they did at their prior jobs. The Chamber of Commerce estimated a quarter of people do. 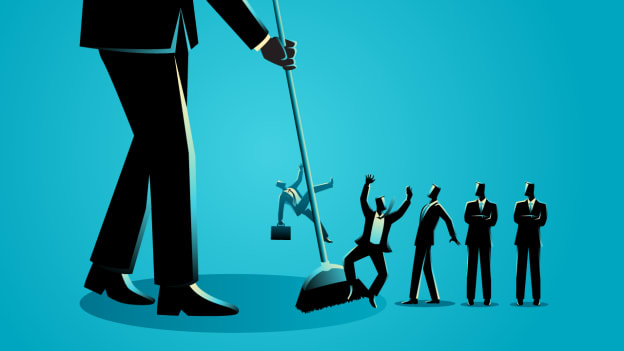 Job Loss In Indian IT Firms: 30 Lakh Employees Will Lose Their Jobs By 2022 [REPORT]