There were many important developments in the startup space during the week. Here are major updates of the week:

•Capital gains exemption for startup investment extended by one more year, till March 2022

•Finance Bill: Tax holiday applicable to startups with IMB certificate. Only 329 startups have received such a Certificate from an inter-ministerial board so far

•To launch portal to collect data on migrant workers

•Social security benefits to be extended to platform & gig workers

•Minimum wages to apply to all categories of workers

•To boost to digital transactions, Rs 1,500 cr earmarked for scheme to provide financial incentive to promote digital mode of payments

Ministry of Electronics and Information Technology has issued a notice to Twitter, seeking compliance of its previous order to block accounts alleging farmer genocide. It has also warned the social media company of consequences like seven-year jail term and fine if the accounts are not taken down again. Twitter is an intermediary bound by the directions of the government, and it will face penal actions in case of non-compliance, the notice said.

TOP FUNDING OF THE WEEK

Mobile Premier League, Asia’s largest eSports and mobile gaming platform, is now valued at $945 million after raising $95 million in a Series D round. The latest round was led by Composite Capital and Moore Strategic Ventures, with participation from Base Partners, RTP Global, SIG, Go-Ventures, Telstra Ventures, Founders Circle and Play Ventures. The total capital raised by MPL since its inception in 2018 now stands at $225.5 million.

MPL will use this fresh influx of funds to expand its eSports portfolio and bolster its efforts to organize more such eSports tournaments nationally and internationally at scale. The funds will also be used to accelerate MPL’s international expansion this year.

Business-to-business custom manufacturing startup Zetwerk has raised $120 million or Rs 880 crore in a Series D funding round led by its existing investors, Lightspeed Venture Partners and Greenoaks Capital. Other investors Sequoia Capital and Kae Capital also participated in the round.

Snackmaker brand Happilo has raised Rs 100 crore from A91 Partners in its first external funding round, at an undisclosed valuation, according to reports. The capital raised will be used for capital expenditure, for automation and to expand marketing and distribution capabilities

The round was led by Stephanie Palmeri of Uncork Capital with participation from Nico Wittenborn of Adjacent Venture Capital; James Park, Founder of Fitbit; Mike Lee, Founder of MyFitnessPal; Logan Green, Founder and CEO of Lyft; Nir Eyal, author of Hooked and Indistractable; and angel investor Kevin Carter, among others.The company intends to use the funds to continue to expand operations.

Hemp Horizons a GMP certified and USFDA registered hemp seed processing company has raised INR 2 crore as part of its seed funding round led by Mumbai Angels Network with participation from Angel List and Bikky Khosla.

The fresh round of investment will help the company to launch and market Cannabis extracts, second-gen hemp seed products which will further help to solidify its position in the market. From a B2B to a B2B2C company, Hemp Horizons was created to give back to the community. The company makes optimum use of resources and produces zero waste which makes it a carbon negative company.

Temasek in talks to back upGrad at valuation of nearly $500 million:  Moneycontrol

Edtech firm upGrad is reportedly in advanced talks to raise as much as $100 million in a funding round led by Singapore’s Temasek and International Finance Corporation (IFC).

Temasek, a sovereign wealth fund, is preparing to invest about $50 million in the round, valuing upGrad at $450-500 million. IFC, a financial institution and member of the World Bank, will pump in $45 million in upGrad as per a Moneycontrol report

“During this time our delivery business has been growing at extraordinary rates,” Uber CEO Dara Khosrowshahi told CNBC. Drizly said it had more than 300% growth in the past year. The deal is expected to close within the first half of 2021. Uber said that it anticipates that more than 90% of the consideration to be paid to Drizly shareholders will consist of shares of Uber common stock, and the balance will be paid in cash.

AI based travel app ixigo has entered into a definitive share purchase agreement to acquire 100% shareholding of Confirmtkt, a Bengaluru based online train discovery and booking platform, for an undisclosed amount across a mix of cash and ixigo stock. The founders of ixigo will join the Confirmtkt board and existing investors of Confirmtkt, including Venture Catalysts, will be exiting the company fully as a part of the deal. Both companies will continue to run independently, post this acquisition.

This deal will help the group to consolidate its presence in Tier 2/3/4 markets with its combined user base of nearly 200 million Indians.

Jeff Bezos to step down as Amazon CEO this year; Andy Jassy to take over

Jeff Bezos will step down as the CEO of Amazon later this year, a role he’s had since he founded the company nearly 30 years ago. Bezos will then become the executive chairman of Amazon’s board.

According to a statement by the company, Amazon Web Services CEO Andy Jassy will take over Bezos’ position during the third quarter. Bezos founded Amazon as an online bookstore and turned it into a behemoth that sells just about everything. In the process, he became one of the world’s richest people.

Jassy joined Amazon in 1997 and has led Amazon’s Web Services cloud team since its inception.

Amazon announced in its earnings report for the fourth quarter and delivered its largest quarter by revenue of all time at $125.56 billion, crossing the symbolic $100 billion mark for the first time. Amazon’s blockbuster Q4 results were driven by a “record-breaking holiday season” along with an accelerated e-commerce demand due to the pandemic.

Sundar Pichai, CEO of Google and Alphabet, said: “Our strong results this quarter reflect the helpfulness of our products and services to people and businesses, as well as the accelerating transition to online services and the cloud. Google succeeds when we help our customers and partners succeed, and we see significant opportunities to forge meaningful partnerships as businesses increasingly look to a digital future.”

Advertising revenue stood at $46.20 billion, up 22% from $37.93 billion (YoY) – a sharp turnaround from Q2, when the Covid pandemic pushed advertisers to hold spending, causing an 8% drop in ad revenue and Google’s first ever year-on-year revenue decline.

Music streaming company Spotify’s Q4 earnings beat estimates as premium subscribers, who account for most of its revenue, were up 24% from a year earlier at 155 million, as per Reuters.

Total monthly active users rose 27% to 345 million. Spotify said the pandemic had had little impact on its subscriber growth, though it may have contributed positively to pulling forward new signups. Revenue rose 17% to 2.17 billion euros ($2.61 billion) for the three-months ended Dec. 31, from 1.86 billion euros a year earlier.

Microsoft Corp. says it fully supports the proposed new laws in Australia that would force internet giants Google and Facebook Inc to pay domestic media outlets for their content.

“While Microsoft is not subject to the legislation currently pending, we’d be willing to live by these rules if the government designates us,” the software firm said in a statement.

Australian Prime Minister Scott Morrison said that Microsoft was ready to step in and expand its search product Bing in Australia if Google pulls its search engine, after he spoke with Microsoft Chief Executive Satya Nadella last week.

Ant Group Co plans to spin off its consumer-credit data operations, people with knowledge of the matter said, a concession to aggressive regulators that should help the Chinese fintech giant get its massive public share sale back on track. Hiving off the treasure trove of data on more than 1 billion people is a key part of Ant’s business overhaul in response to a regulatory crackdown that resulted in the abrupt suspension of its $37 billion initial public offering (IPO), which would have been the world’s biggest, the people told Reuters.

Billionaire Elon Musk said on Monday bitcoin was “on the verge” of being more widely accepted among investors as he expressed his support for the cryptocurrency in a chat on social media app Clubhouse that drew thousands of listeners.

The comments followed his use of the “#bitcoin” tag on his Twitter profile on Friday, which pushed the crytocurrency up 14%.

Musk, CEO of Tesla Inc, is known for making comments on Twitter that move markets and he acknowledged this during his debut on the invitation-only app Clubhouse.

Zuckerberg “reached out to talk about the code and the impact on Facebook” and a constructive discussion followed last week between the social media billionaire, Australian Treasurer Josh Frydenberg and communications minister Paul Fletcher.

However, the Big Tech firms have called the laws unworkable and said last month they would withdraw key services from Australia if the regulations went ahead. Those services include Google’s search engine, which has 94% of the country’s search market, according to industry data.

Aggreko latest British firm to be targeted by private equity

Sergey Kartashov tells why most of startups fail within first year 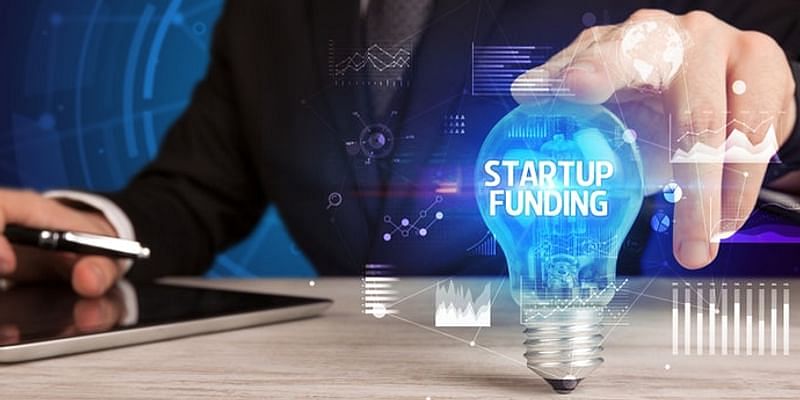 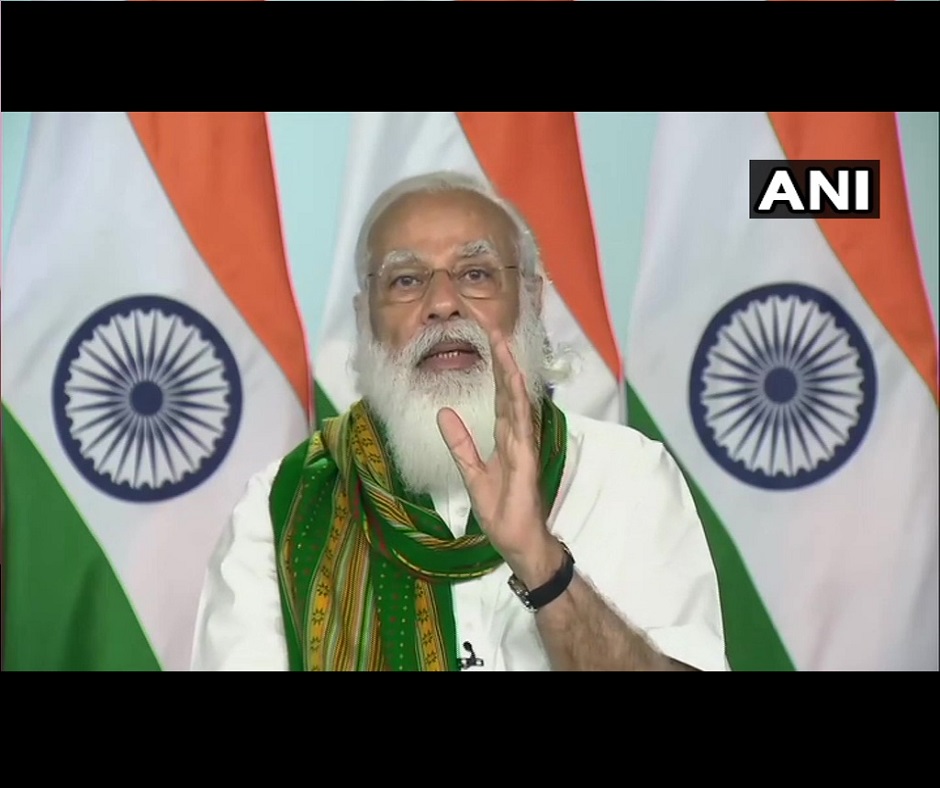