Having been traded from Philadelphia to the Clippers as a rookie two years ago, Landry Shamet has gone through once what he called the “eerie and interesting experience” of returning to the city where he once lived to face a team for whom he once played.

Still, when Shamet and his new team, the Brooklyn Nets, landed Wednesday in Los Angeles for a five-day, two-game stay, he found that the pandemic had made this particular experience, as with much during the past year, much stranger. Confined to a hotel because of local coronavirus restrictions, the 6-foot-4 guard couldn’t visit the South Bay home he purchased after his first season. So he binge-watched Apple TV and read.

“It is weird not going from the airport and taking the regular route that I would take to get back home,” said Shamet, 23, during a videoconference Saturday, one day before facing the Clippers at Staples Center. “But nonetheless, I’m here and I’m glad to be back here and kind of relive some of the memories, I guess.”

Asked for his takeaways from 97 games with the Clippers, Shamet said he “could go a number of ways with that,” because they ran the spectrum from exultation to dejection. Shamet sank the game-winning shot to cap a 31-point comeback that stunned the top-seeded Golden State Warriors in a roaring Oracle Arena in the 2019 playoffs’ first round. A special memory, he said, was listening to former coach Doc Rivers’ discussions last summer about social justice issues, “and him empowering us to speak our opinions.”

Yet last September, Shamet also witnessed the collapse of championship ambitions when the team couldn’t hold a 3-1 series lead against Denver in the second round of the playoffs. It would be understandable if Shamet chose to largely forget his final season with the Clippers, when injuries and new rotations made it difficult to gain consistency. Instead, in its own way, it has proven invaluable since a draft night trade to the Nets.

Joining a locker room that had Kevin Durant and Kyrie Irving, and later James Harden, was no shock for Shamet. He’d already learned what works and what doesn’t while playing alongside superstars Kawhi Leonard and Paul George last season, and the similar experience of counting All-NBA players Joel Embiid, Jimmy Butler and Ben Simmons as teammates for half his rookie season in Philadelphia.

Each personality is different. But having now played with eight All-NBA teammates, Shamet has found the ingredients needed to build organizational culture around a superstar core to be the same.

“Any team that’s ever been put together with that much talent isn’t going to just happen overnight and be perfect,” Shamet said. “I think that’s the biggest thing — time and patience and accountability. And if you have those things, over time you’re going to grow and you’re going to develop and turn it, hopefully, into what you wanted it to turn into. I think that’s what I’ve learned.

“It is interesting, in my career I have been fortunate to be on a number of teams that have had kind of this stature and I think that gives me a little bit of a valuable perspective going through some of the lulls that we’ve had this season and some of the highs. It’s part of it and we’re all learning and rolling with it.”

His former team is a test case for the benefits of added time. Amid their 22-9 start, Clippers players have routinely described the roster as more connected than last season, when injuries allowed for little on-court cohesion and special freedoms afforded to stars rankled some as they adjusted to a new locker room hierarchy.

When second-year guard Terance Mann said last week that player-to-player communication had improved, he attributed it to the extra time the holdovers had spent around one another.

“By the end of the [last] season, there was a lot of, you know, frustrations,” center Ivica Zubac said. “Guys were just, I feel like, tired of the bubble, you know? … It was different, communication-wise. This year, guys are holding each other accountable more and there’s no bad feelings about it.”

The Nets (19-12), who have moved into second place in the Eastern Conference standings amid a five-game winning streak, are in the early stages of their own ambitious experiment melding “some of the best people to ever touch a basketball, to be quite honest, on the same team,” Shamet said.

In the 18 games since Harden arrived in a trade from Houston, the Harden-Durant-Irving trio has played only six times together and posted a 5-1 record, including one victory already over the Clippers. The Nets have matched the league’s best record against above-.500 opponents at 11-4 and are 7-0 against West teams in playoff position.

That includes Shamet. Since making only 28% of his three-pointers in his first 16 games, the career 40% three-point shooter has shot 41.5% from deep in his last 11.

It’s the kind of shooting that, should it continue against his former team Sunday, could help him leave Los Angeles with something good to look back on.

Update: Kevin Durant will miss a fourth consecutive game because of a hamstring injury that has taken more time to heal than initially believed, Nets coach Steve Nash said. James Harden leads the NBA by creating 28.8 points from assists per game. Brooklyn runs the fourth-most isolation possessions per game and generates a league-leading 1.15 points per isolation.

Google Fires Another Top Researcher on Its AI Ethics Team 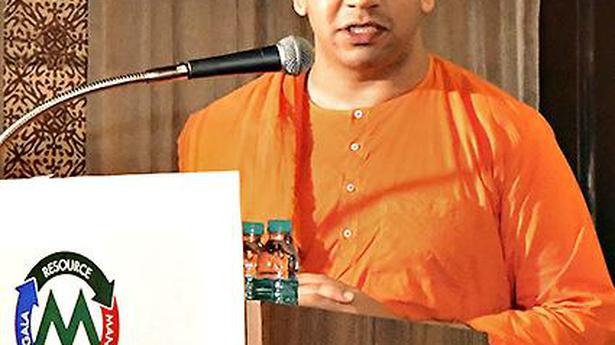