The Finance Minister in her budget made some reforms for the startup sector including a tax holiday extension. The notable reform was around formalising the gig workers economy. Nirmala Sitharaman announced that social benefits will now be passed to those in the unorganised sector and there will be a new portal to collect information on the gig workers. ET Now spoke to Swiggy, the unicorn that has over 1 lakh gig workers to analyse the impact of this move.

According to Swiggy COO Vivek Sundar, the announcement to formalise the gig economy will bring more women in the workforce. He said that at the moment there are only a thousand women delivery partners in over 18 cities and with this formalisation and more safety in place, women would want to join the workforce.

“I am hoping that formalising, getting more safety, making things better for the gig economy worker and making it a little reason for them to work in will attract more of the women workforce. Because there is no reason why despite having lakhs of delivery partners, the ratio must be so skewed. After all, women do a brilliant job of delivery as well!’

Finance Minister Nirmala Sitharaman in her budget speech said that the portal will collect relevant information on gig building and construction workers among others. According to her, this will help formulate health, housing, skill, insurance, credit, and food schemes for migrant and gig workers.

Vivek Sundar says the startup community has been supportive of the gig economy workers getting benefits. The gig economy has come on a ‘work on demand’ concept and so formalisation is a good process around it, he noted.

He also said, “A worker who is happy to come to work will cater better to customer satisfaction.” He said that a lot of Swiggy’s workers will fall under the definition and that all players will help provide this. This will help in levelling for larger gig players as well as entry-level gig players, he said. 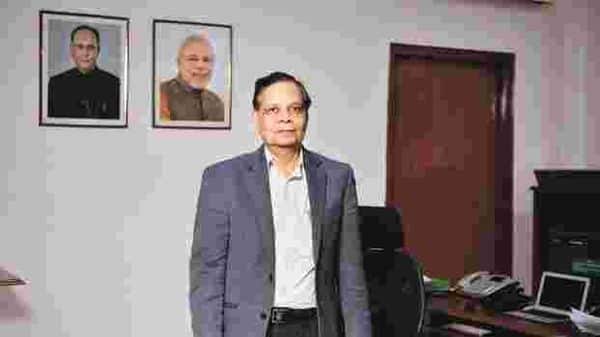 Setting Base For A Strong Digital Economy-E. S. Rao