Video conferencing from a bright room with high windows in Sun Valley, Idaho, former HBO Max chief content officer Kevin Reilly has seen the future. Since exiting WarnerMedia in August following a management shakeup, he has been focusing his efforts on endeavors that speak to trends in globalization as the subscription video-on-demand services market explodes.

Now, Variety has learned exclusively that Reilly has joined the advisory board of Tel Aviv-based startup Deepdub, with the goal of helping to scale the machine learning company and introduce its AI dubbing technology to Hollywood.

In a demonstration from the company’s chief marketing officer, Oz Krakowski, a video of Morgan Freeman speaking in English can be toggled to a dubbed mode in which it sounds as though Freeman himself is speaking Spanish — not through a human voiceover actor but in his own gravelly voice.

“For the first time ever, [you’re] able to keep the original performances… in the original actor’s performance and voice, which we’ve never seen before, intact – and allow that to become interpreted with the local language, the local rhythms,” says Reilly. “There’s gradations of dialect that you could use. How Italian do you want them to sound? Or do you want to just sound like an American with an Italian [accent], or an Italian with an American accent?”

Where a TV series might require 14-16 weeks for dubbing, Deepdub’s technology takes four to six weeks, with plans to further compress that to less than two weeks. Krakowski said its tech currently supports six languages; eventually it will expand into dozens more.

To hear Reilly tell it, part of the need is practical. Tentpole films in the U.S. are typically translated to up to 12 languages, while TV series are typically dubbed into six to eight languages; the time and money required to not only expand beyond that but dub the hundreds of thousands of library content from years past would not be cost effective.

Reilly sees the other need for Deepdub through his own time in the industry, amid a boom in streaming services – from HBO Max to Disney Plus to Apple TV Plus.

There used to be a “feeding frenzy” for American programming overseas, he says. But Reilly witnessed, over time, fewer series being bought within other countries, and when they were, being programmed in “fringe” time periods.

Netflix has already dived headfirst into local-language content creation, with popular series such as Spain’s “Money Heist” making a splash Stateside. Many viewers watch these programs in their original language, though dubbed versions are available. “Parasite” director Bong Joon Ho, in winning a Golden Globe last year, famously said, “Once you overcome the 1-inch-tall barrier of subtitles, you will be introduced to so many more amazing films.”

But “audiences far and away prefer to consume international fare in a dubbed experience versus a subtitled experience,” says Reilly.

And there are other applications for Deepdub in filmmaking, he says, such as storing actors voices in an audio library so that they don’t have to return to a studio to re-record certain lines when finishing a film in post-production. The tech could be applied to ADR, looping and other voiceover work.

“It will be a filmmaking tool in which they’re taking many different pieces of machine learning capabilities, that are either here today or will be perfected more, [and] integrating them into one platform that can very seamlessly be used through the filmmaking process,” he says.

“We also will have a library of synthetic voices — you would have no way of knowing whether that is in fact a human being,” adds Reilly.

If Deepdub’s AI tech were ever to be deployed on a mass scale, the impact would mean disruption to an entire industry of voiceover artists, coordinators and translators.

“Yeah, that’s going to be disrupted,” says Reilly. “I would suggest that it’s almost inevitable. But on the other side of it, you’re going to open up the capabilities of a trend, which is already on the rise. I can tell you that the business model of global SVOD really only makes sense when you’re moving content across territories, and one of the biggest barriers to that today is localization.”

In a Deepdub release announcing his new position on the board, Reilly says he “can clearly see why Deepdub’s technology is a game changer for studios, content creators and producers. Upon learning more about the organization and the team behind it, I knew immediately that they were on to something deeply exciting, and that I wanted to be a part of, especially as entertainment content becomes increasingly globalized. I look forward to facilitating their success and expansion.”

Said Deepdub co-founder and CEO Ofir Krakowski: “I couldn’t be more excited than to welcome Kevin onto our array of dynamic leaders and industry experts captaining our advisory board. The vision and guidance Kevin brings will not just aid in the rapid growth of the company, but bring the power of deep learning to the entertainment landscape in a manner that benefits the industry and consumers. Our recent launch was the first step in entering the market, our world class team and advisors will solidify our position for years to come.” 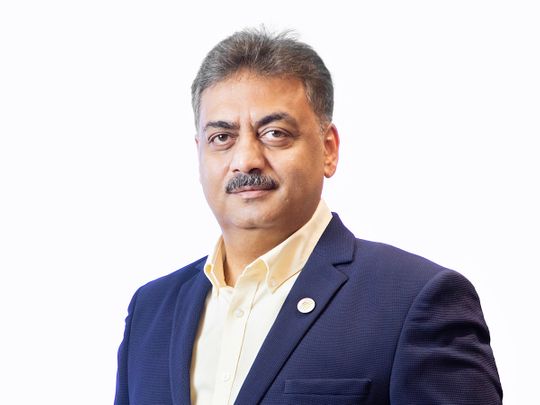