According to NASA officials, the $4.25bn Europa Clipper spacecraft will launch atop a SpaceX Falcon Heavy rocket as part of a contract worth about $178m.

If all goes according to plan, Clipper will blast off in October 2024 from NASA’s Kennedy Space Center in Florida and arrive at Jupiter in April 2030. The probe will then study Europa in-depth as it completes more than 40 close flybys of the moon over a period of about four Earth years.

The announcement made on Friday marks a major win for SpaceX as the Europa Clipper mission was originally slated to fly on NASA’s newest mega launcher, the Space Launch System (SLS). Aerospace giant Boeing is the prime contractor for the design, development, test and production of the SLS core stage and upper stages, as well as the flight avionics suite.

Europa Clipper was officially given the go-ahead by NASA in 2015. Over the course of its mission, the probe will pass by the moon many times, providing researchers with a tantalising look at the icy world, many of which believe there to be an ocean lurking under its icy crust.

To that end, the spacecraft is carrying a suite of scientific instruments that will help scientists figure out if the moon could support life.

Since its inception, Clipper was legally obligated to launch on NASA’s Space Launch System (SLS). But that has recently changed due to perpetually delays and cost overruns with the SLS.

To that end, NASA has repeatedly urged Congress to consider allowing Europa Clipper to fly on a commercial spacecraft. Switching to another vehicle could save the mission up to $1bn, according to NASA’s inspector general.

SLS is NASA’s next moon rocket. The mighty launcher is designed to take payloads into deep space and the first of those missions, a test flight, is slated to launch sometime late this year. The rocket, which surpasses the power of the Saturn V, will blast off on a trajectory around the moon to test out the vehicle’s capabilities ahead of sending people and cargo.

The heavy-lift vehicle has had its challenges but thanks to some powerful allies in Congress, the programme has been kept alive for years, even as it blew past budgets and deadlines.

The first flight of the SLS was originally supposed to happen in 2017. That mission has since been pushed to November 2021, and despite all of the mission’s hardware being in Florida, NASA’s watchdog agency still says the schedule remains “highly unlikely”.

With the first four SLS rockets dedicated to returning humans to the moon, it is unclear when there would be one available for Europa Clipper to use. That uncertainty led to the House of Representatives opening the door for another option: a commercial launch vehicle.

In its proposed 2021 budget, the House said that NASA was to launch Clipper by 2025 and the future lander, which is not yet an official mission, by 2027, and to use SLS for both “if available”.

The change in wording greenlit the possibility of a commercial alternative to SLS, and the Clipper team started planning for both contingencies — a double duty that negatively affected the mission’s progress, team members have said.

“We were looking at several different options,” a source close to the mission told Al Jazeera. “Including Falcon Heavy and other comparable launch vehicles, while still planning for SLS.”

However, that all changed in January when the team received new instructions from Congress: move forward with selecting a viable commercial option, explained Clipper team member Bob Pappalardo.

“In late January, we received a memo that directs the project to ‘immediately cease efforts to maintain SLS compatibility and move forward with a commercial launch vehicle,’” he told Al Jazeera.

At that time, NASA put out an official call for proposals, and took its time reviewing the options. According to the agency, Falcon Heavy was the best option.

The benefit of flying commercial

Opting for a commercially made heavy rocket presented both challenges and benefits.

Despite the variety of options, none of the available commercial options are brawny enough to propel Clipper on the same journey that SLS would take. So Clipper’s trip will take about five and a half years as opposed to three. And the probe will need to conduct speed-boosting “gravity assist” flybys of Mars and Earth along the way, in February 2025 and December 2026, respectively, Pappalardo said.

A commercial launcher will also need a kick stage, which is an extra stage added to the top of the rocket to give it a power boost.

It is unclear how exactly the decision to go with a private rocket will affect Clipper’s overall cost. A commercial launcher will not be as pricey as SLS, but the extra travel time will add to the mission’s price tag, agency officials have said.

NASA was left with a conundrum: does Europa Clipper sit in storage waiting for the chance to fly on an SLS rocket, or does the mission take a little longer to get to Jupiter?

That decision led to NASA ultimately choosing to launch Clipper on Falcon Heavy.

Casey Drier of the Planetary Society told Al Jazeera that this is a great bargain for NASA. “The $178m quoted launch cost for the Falcon Heavy is $65m less than the launch of the Mars Perseverance rover on an Atlas V,” he said – which marks significant savings over the estimated $2bn that SLS was estimated to cost.

SpaceX first launched its Falcon Heavy in 2018, stunning even its CEO, Elon Musk, who was not sure if the rocket would succeed.

It did not take long for confidence in the heavy-lifter to rise as it nabbed a lucrative Air Force contract just months after its first mission. The deal, worth $130m, covers the launch of an Air Force Space Command-52 satellite, which will launch later this year.

To launch any sort of science or planetary mission, a launch vehicle has to meet certain requirements and undergo an intense review process that doesn’t happen for typical communications satellites.

According to NASA’s Launch Services Program — the department that oversees the launch of all uncrewed spacecraft — obtaining a new certification is a lengthy process that can take up to two years.

SpaceX first earned the proper certification for its Falcon 9 rocket in 2018. “However, the Falcon Heavy is essentially three rockets strapped together and was judged to need a new certification,” an LSP spokesperson explained to Al Jazeera.

SpaceX completed the required certification process and is reaping the rewards. Not only will it launch the Europa Clipper mission, but prior to that, Falcon Heavy is scheduled to propel the Psyche mission into orbit in 2022. Psyche will be a big test of Falcon Heavy’s capabilities as it launches a spacecraft on a voyage to study the metallic core of an asteroid.

Still, despite the massive price tag and delayed schedule, the future of SLS is bright, said Drier. Not only does the project have immense Congressional support, he noted, but it employs tens of thousands of people around the United States.

He said that the expense is something that NASA has learned to live with, and is part of why the project has so much political support. The project is about to prove what it was designed for: to launch people and hardware to the moon. Its success and longevity are not tied to what SpaceX is doing.

Once at Jupiter, Clipper will conduct a detailed survey of Europa and use a sophisticated suite of science instruments to investigate whether the icy moon has conditions suitable for life.

Key mission objectives are to image the moon’s surface to help scientists determine its composition, look for signs of geological activity, and measure the thickness of the moon’s icy shell. The probe will also search for subsurface lakes, and determine the depth and salinity of Europa’s subsurface ocean.

Getting to Jupiter is just the beginning for the spacecraft, as it will spend four years flying over the moon’s surface. Clipper’s observations will assess the moon’s habitability but also will help mission planners pick out promising sites for the proposed future lander — if that mission is able to get off the ground in the near future.

Economic victory from the Covid crash? It’s too premature to declare

Economic victory from the Covid crash? It’s too premature to declare 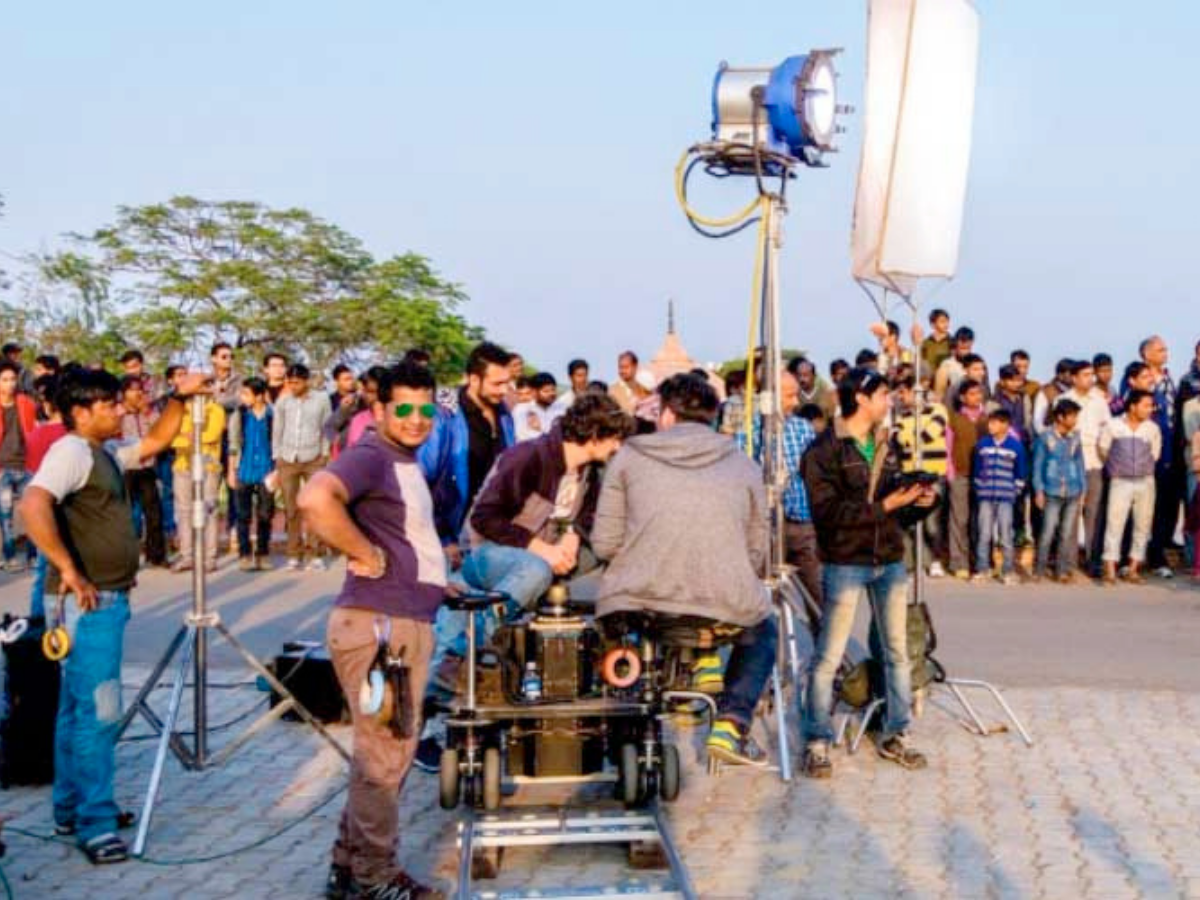