President-elect Joe Biden will take a significant step this week toward addressing the damage to the US economy inflicted by the coronavirus pandemic, as he names an economic team led by his choice for Treasury secretary, former Federal Reserve Chair Janet Yellen.

In Yellen, Biden will have a battle-tested policy maker who can draw on her nearly two decades at the Fed to help rebuild an economy in dire need of government cash and confidence. Biden has called for trillions of dollars in new stimulus to aid the small and mid-size businesses that are the nation’s jobs engine.

Others in Biden’s economic policy team are also expected to be unveiled this week. People familiar with the process said longtime Democratic policy staffer Neera Tanden had been picked to lead the Office of Management and Budget. Cecilia Rouse, formerly of the Obama administration and currently dean of Princeton University’s School of Public and International Affairs, would head the Council of Economic Advisers. Both roles require Senate confirmation.

At the top of their to-do list will be to break a deadlock in Congress over additional relief spending, an effort that would be far easier if Democrats win two Georgia Senate seats in runoff elections next month to wrest control of the chamber from Mitch McConnell’s Republicans.

Yellen is seen winning easy confirmation in the Senate. While she occasionally sparred with Republican lawmakers as Fed chair, she’s widely respected, and some GOP senators publicly complimented her selection, which Biden has yet to make official.

At 74, she will be the oldest Treasury secretary in recent memory, and the first woman to lead the agency.

She would be the second person in the modern era to serve as both Fed chair and Treasury chief, after Jimmy Carter appointee William Miller, and the only one to also have led the White House Council of Economic Advisers, which she did in the Clinton administration.

“Biden made a clever pick with Yellen,” said economist Marc Sumerlin of Evenflow Macro in Washington. “She’s non-partisan, has earned everybody’s respect, and can give intellectual heft to the stimulus argument more than anyone else could have.”

Here’s a look at her challenges ahead.

The US economy is showing signs of further erosion as coronavirus cases spiral and some states begin to shutter businesses again in a bid to slow the spread. The US outbreak threatens to be a drag on the nascent labor market recovery, with jobless claims ticking up and payroll gains forecast to slow further.

Key for the Biden administration is passing a fiscal stimulus package that bolsters consumer finances and supports additional spending. The Fed is set to maintain an accommodative monetary policy to help drive growth.

History suggests Yellen will be sworn in by early February. Among her first tasks will be to decide what to do about the Fed’s pandemic lending programs. Outgoing Treasury Secretary Steven Mnuchin has said some will sunset on Dec. 31. She may find a way to extend them, which is the Fed’s preference, or perhaps redesign them since many remained largely untapped.

Investors predict that with a less volatile boss than her predecessor, Yellen can be a stabilizing force on Wall Street.

President Donald Trump’s practice of policy making by tweet sowed unpredictability for businesses and investors. Yellen’s tenure at the Fed — as chairman, vice-chairman, governor, and San Francisco Fed president — means that she’s keenly aware of the market impact of her words, a stark contrast with senior Trump administration officials.

“The markets love this appointment because being the former Federal Reserve chair, there’s no surprises about her thinking,” said Peter Mallouk, chief executive officer of Creative Planning.

Yellen comes as something of a relief to Wall Street after talk of Biden choosing Senator Elizabeth Warren, a nemesis of big banks with a preference for stronger financial regulation, as his Treasury chief.

But it’s the influence of progressive Democrats like Warren that steered Biden away from current Fed Governor Lael Brainard. Before Election Day, Brainard was a favorite for Treasury secretary among Biden’s advisers. Biden’s allies have since asked that Brainard remain at the Fed, where she’s the lone Democrat on the board.

The party’s liberal wing appreciates Yellen for her support of tighter financial regulation, for which she’ll be the point person in the Biden administration. That will thrust her into anticipated policy battles between progressives and moderates over the policing of Wall Street.

The most liberal lawmakers want to restore and even toughen post-financial crisis rules weakened during the Trump administration. But centrists may push for a more cautious approach, arguing that it would be a mistake to clamp down on banks at a time when the economy is imperiled.

As Treasury chief, Yellen will lead the Financial Stability Oversight Council, the powerful group of regulators that tries to identify and rein in emerging threats posed by the industry. Since it was created through the Dodd-Frank Act, FSOC has become a forum for agencies like Treasury, the Fed and the US Securities and Exchange Commission to collaborate on oversight.

Yellen’s record indicates she may use the position to push for new rules on so-called shadow lenders, such as money-market mutual funds and investment banks that are outside the Fed’s reach.

In recent years she’s sounded alarms in particular about leveraged lending — loans extended to businesses that are already highly indebted — due to concerns that the economy could suffer significant job losses if the corporate borrowers start defaulting. Shadow banks are very active in leveraged lending.

What’s less clear about Yellen is whether she’ll embrace the Treasury secretary’s role as an occasional economic aggressor. While international economic diplomacy will be part of her purview, taking her to Group of 20 meetings that she participated in as Fed chair, she’ll now play a much larger role in US foreign policy.

Part of her new remit will be to work with the State Department and other national security agencies to manage the vast US sanctions portfolio. But as Biden indicated during his presidential campaign, his early agenda will include repairing ties with allies damaged by Trump’s “America First” position.

Mnuchin and predecessors including Hank Paulson played central roles in managing trade policy and relations with China. It remains to be seen if Biden will hand Yellen the same power.The new administration will also need to decide whether to scrap, keep, or escalate the billions of dollars in tariffs levied against Chinese imports, and whether to stick to the partial trade deal Trump signed with Beijing in January or seek to renegotiate it.

Yellen also will be involved in determining whether to continue sanctions imposed on Chinese officials for their crackdown on human rights, and she’ll inherit Trump administration restrictions aimed at cutting off Chinese technology companies’ access to American intellectual property.Yellen has spoken in favour of liberalizing trade and has publicly disagreed with Trump’s position that China’s management of its economy swelled the US trade deficit. She said in February that “we haven’t seen” any evidence that duties on Chinese goods made US manufacturers more competitive or more likely to hire.

At Treasury, Yellen would also decide whether to continue branding China as a currency manipulator in biannual reports. The US label has no practical effect, but adds to tensions between the world’s two largest economies.

While not singling out Beijing, Yellen said in 2019 that it was “really difficult and treacherous” to determine when a country is massaging its currency to gain a trade advantage. A weaker exchange rate, she said, may just be a byproduct of looser economic policy. 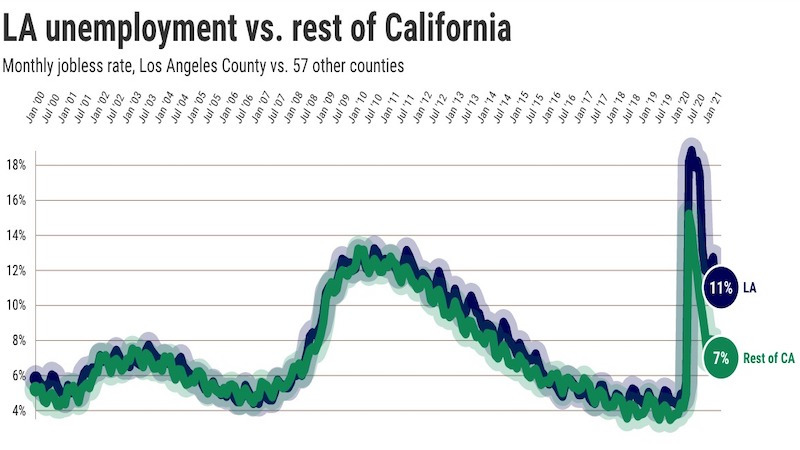 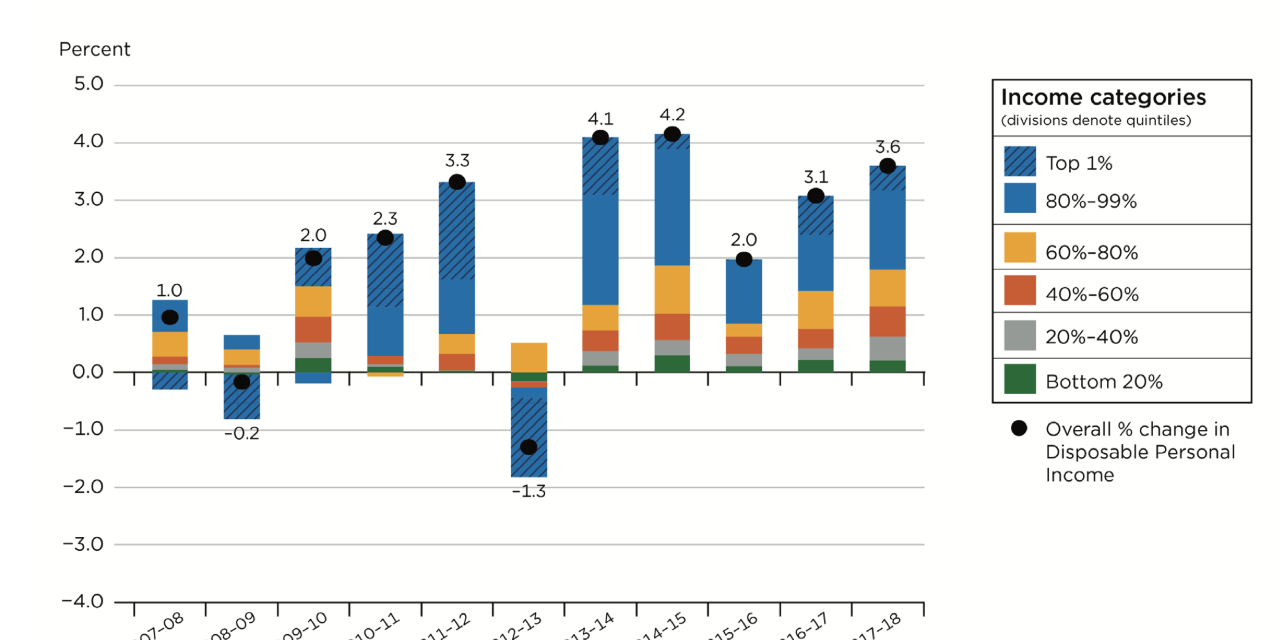