Aseem Gujar & Reeba Zachariah | TNN
Mumbai: Global venture capitalists and private equity investors are allocating more funds to India as China steps up regulatory clampdown on its tech companies. India overtook China in July for the first time since 2013 in VC funding, according to a Bloomberg report. Indian startups raised nearly $8 billion in July, while funding to Chinese firms dropped to about $5 billion, the report said.
Venture capital (VC) firms said Indian technology companies are seeing a significant uptick in funding as global investors rethink their China strategy and sharpen their focus on India, which has traditionally lagged the dragon in terms of drawing capital. Indian startups have raised a record $17 billion in the January-July 2021 period, a surge from about $12 billion raised in full year 2020 and $14 billion in 2019, according to analytics firm GlobalData.
“Till now, India lagged China. As Chinese tech and global investors grapple with the expanding government and regulatory crackdown, India’s tech fundamentals appear strong. A host of B2C (business-to-consumer) and B2B (business-to-business) sectors are coming of age. The pace of scaling and value creation has accelerated. For global investors, India increasingly checks the right boxes for tech investments,” said Sameer Nath, managing partner at the Mumbai-based VC firm TrueScale Capital.
Nath added that investors are also observing liquidity. “The environment for IPO and M&A exits has never been this strong, boosting global investor confidence in India tech,” Nath, who is also the co-founder of VC firm Iron Pillar, said.
Though Chinese startups raised about $49 billion in the first six months of 2021, funding has slowed since the December quarter of 2020, according to CB Insights data. From a peak of $27.7 billion raised in Q4 2020, Chinese startup funding dropped by 18% to $22.8 billion in Q2 of 2021, while India funding rose by 62% to $6.3 billion from $3.9 billion in the same period.
Another reason India stands to benefit is the country’s tech talent, public tech infrastructure and market size, according to startup investors. “The series of sudden crackdowns in China’s internet-first tech economy has taken investors by surprise. A stable and rational regulatory environment is one of the prerequisites for long-term, illiquid investments. It is not surprising then that investors are re-evaluating their China strategy. India could benefit from any capital flows shifting away from China,” said Surya Mantha, senior partner at Bengaluru- and Seattle-based VC fund Unitus Ventures.
Under-allocation to India is another factor that might bring in more dollars to the country’s tech startups. “Investors in most key capital markets are materially under-allocated to India, especially compared to the opportunity set. We see an increase in absolute allocations to India over the medium term. In the longer term, the continued investments in India will be driven both by demand (realised investor experience) and supply (investable businesses),” said Harsh Shethia, India head at global alternative asset manager Investcorp, which managed $38 billion at the end of FY21.
According to Shethia, capital flowing to tech-enabled businesses is a global phenomenon driven by changing consumption habits and digitisation of businesses. “This thesis has been reinforced with very attractive returns generated from such investments,” Shethia added.
Another data set that points to increasing capital flows is that India has seen 25 new unicorns (startups valued at over $1 billion each) in 2021, while China has added about 15, according Tracxn.

Canadian captain Marie-Philip Poulin to sit out game against the U.S. 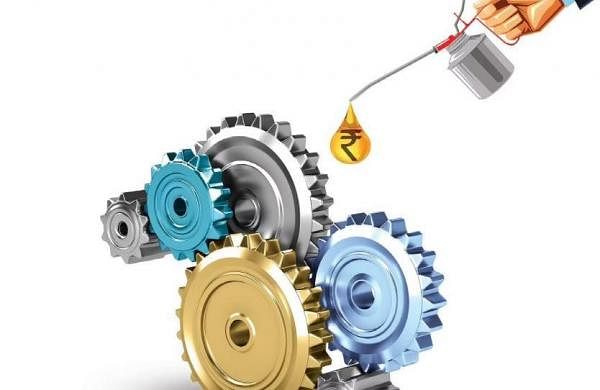