An early supposed leak of Android 12 showed off an idea we all hoped we weren’t imaging. We thought we were seeing Google test a wallpaper-based theme engine that would stylize parts of the Android system UI by pulling from colors in the wallpaper on your home screen. As it turns out, Google is indeed working on such a feature and the first looks at it are here.

Discovered by developer @kdrag0n, we can see several examples of how Google will use wallpapers to tweak the color of certain areas of the system in Android 12. Internally named “monet” and only available behind-the-scenes in Android 12 Developer Preview 1, the screenshots show how a wallpaper will affect the notification shade and its various elements, as well as the color tint for the entire Android Settings menu.

In this first example, a green wallpaper is used at the (new) lock screen, which then tints notifications to a greenish color. Swiping down the notification area also shows off a green frosted background, a green color shift in the quick settings titles, and a green brightness slider at the top. 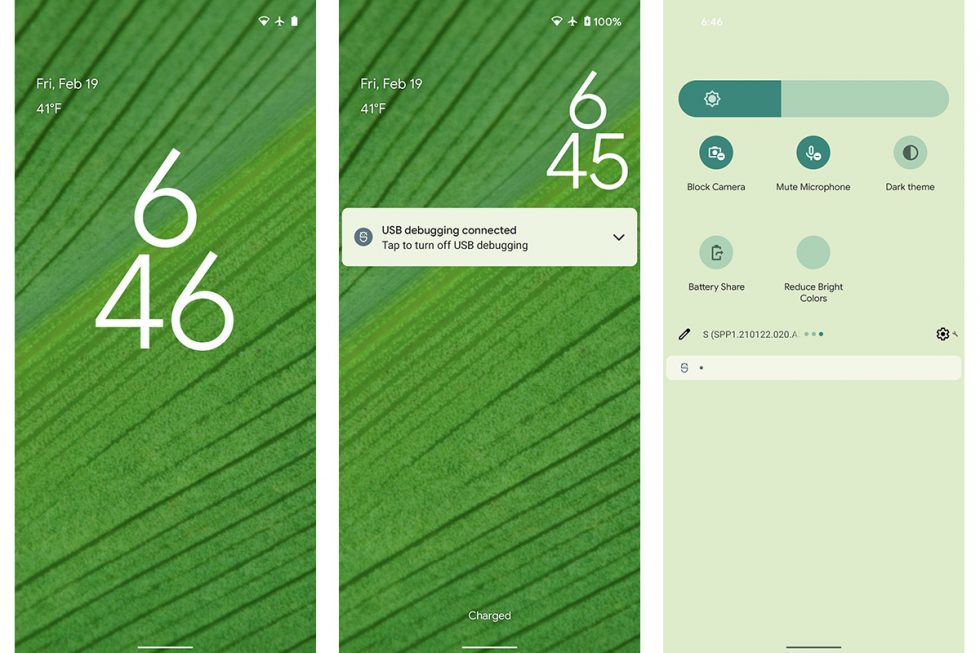 For additional examples, @kdrag0n showed off several wallpapers and the notification shade that accompanies them with Google’s new idea for a system theme. Below, you have themes pulling both blue and purple as the accent or highlight color. 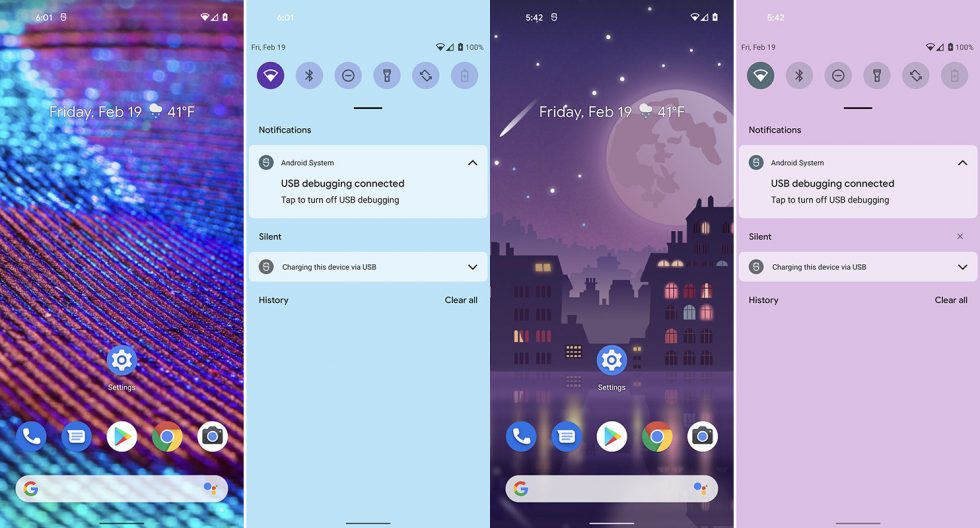 Finally, here is the change we should see when in an area like Settings. The main settings page may look like the “Silky Home” UI we showed you how to enable last week, but when you dive into specific sections, the background for each will change depending on the color the system has pulled from your wallpaper. Below are a handful of examples of how Google plans to shade settings areas and even change up their sliders. 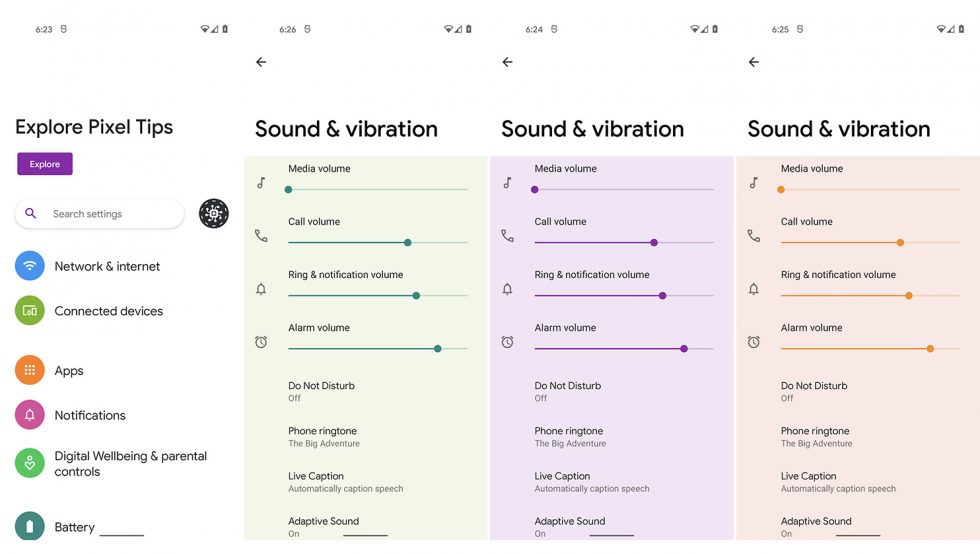 Where we haven’t seen this go just yet, is in Google turning this all up one final notch by having the system also change icon colors to match based on the wallpaper. That initial Android 12 leak showed just that, but we likely need an update to app icons or for Google to reveal their plans there before that can happen.

No matter what, Android 12 has a number of big ideas to make its theme a beautiful experience that is unique to each user. I can’t wait until they let us all enable this and start to play around. 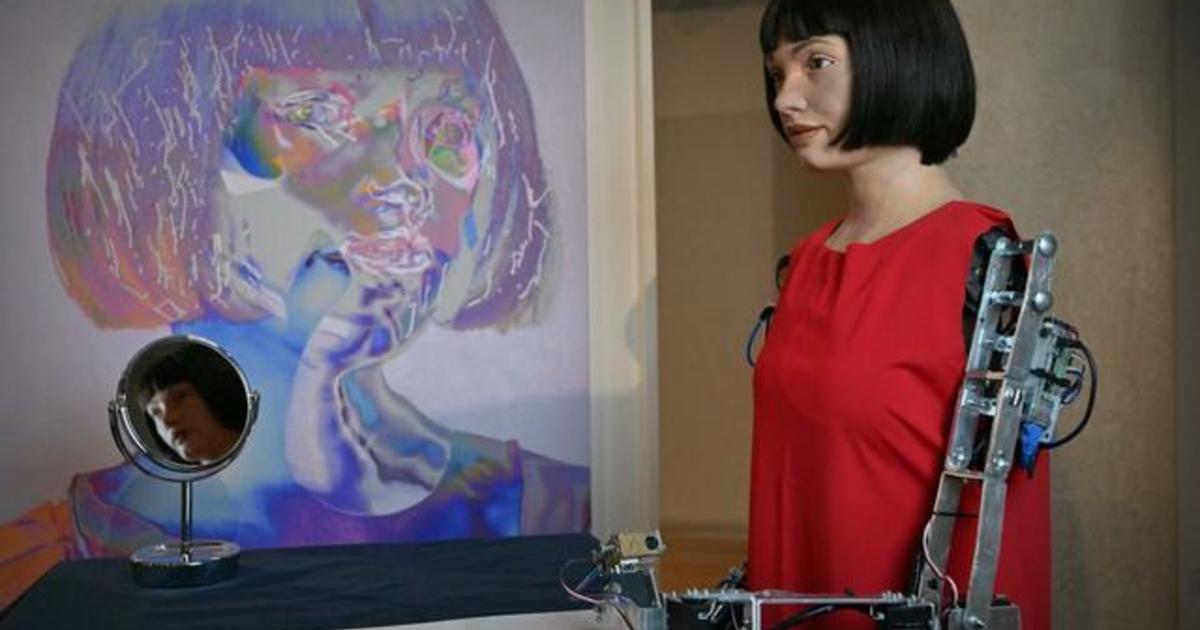 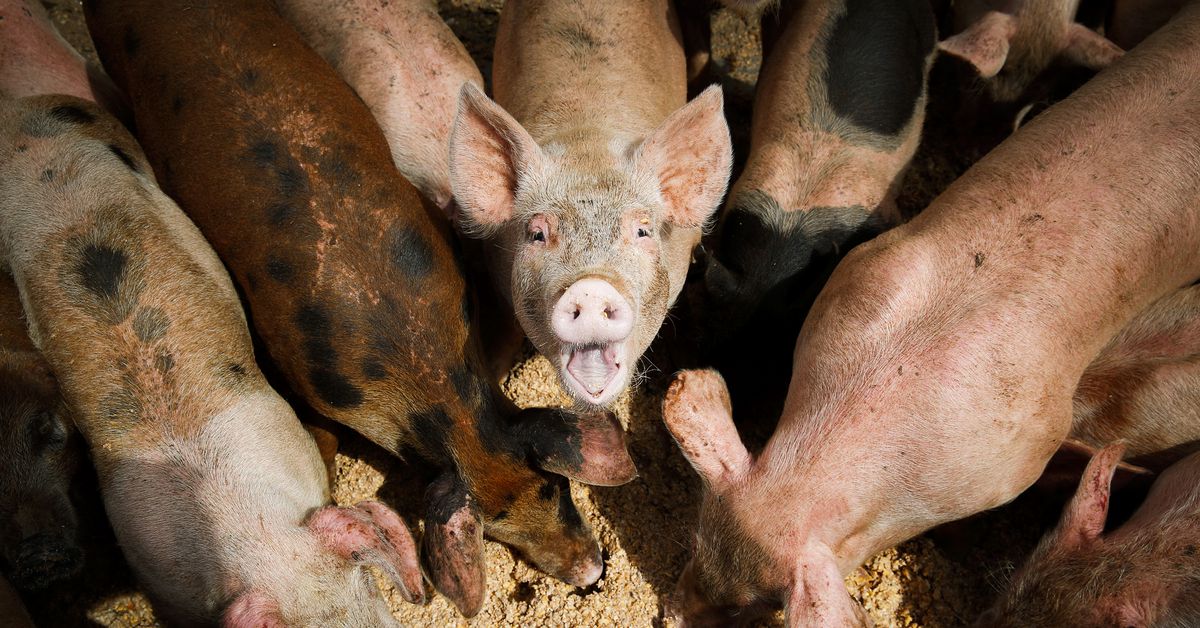