In 2018, Byas Nambisan found himself at the helm of Ezetap’s affairs after the then Co-founder and CEO Abhijit Bose aka Bobby exited the startup to join WhatsApp.

As Ezetap’s Chief Financial Officer (CFO) for over four years, this transition to CEO meant that Byas had to make a critical business decision and choose between pivot or evolve.

Byas chose the latter and paved the way for ‘stable’ growth, enabling Ezetap — one of India’s early fintech startups — to find its mojo back and grow even bigger.

A year later, co-founder Bhaktha Keshavachar too exited the company, and went on to launch his deeptech venture Chara Technologies.

Incorporated in 2011 by Abhijit and Bhaktha, Bangalore-based Ezetap started in the fintech space by processing card payments on mobile phones, also known as mobile Point-Of-Sale (mPOS), for large enterprises and businesses. Both founders continue to serve as non-executive members of Ezetap’s board.

It offered an integrated service that included a mobile card-reader, a configurable mobile application, and a flexible platform that allowed any third-party developer to build value-added services.

By 2018, the startup had built a stable technology and a robust services-based payment platform, which could be integrated into diverse IT ecosystems. At the time, it catered to over 300 big and small enterprises, including industry leaders such as Amazon, Landmark, Airtel, Reliance, Indian Oil Corporation, Bigbasket, Urban Ladder, and processed transactions of almost $135 million per month.

For FY 2017-18, Ezetap reported a marginal increase of 3 percent in its operating revenue to Rs 45.06 crore while its losses widened to Rs 40.47 crore from Rs 30.71 crore in the previous financial year.

Retail was always at the back of every decision Ezetap took over the years. It had also been mulling over the idea of integrating payment solutions with banks to further offer services to merchants. With the boom in digital payments, it seemed like the right time as it was no longer just about payments but also services being delivered with a payment component in it.

This was among the first decisions Byas took as CEO. With the startup charting over a newer business course, it finally decided to venture into the space aggressively by building its own suite of solutions for banks.

This also came on the back of Ezetap’s learnings from some of its ‘not so successful’ attempts in the past. Between 2014 and 2018, the startup had attempted — at least a couple of times — to enter the sector.

One of them was its partnership with the State Bank of India (SBI) in 2014 to deploy mPoS devices for merchants across the country. However, it came to an early end and couldn’t be realised.

This was also one of the reasons behind the marginal losses incurred by Ezetap that financial year. The failed partnership had an offset effect on the otherwise expanding enterprise business.

In a conversation with YourStory, Byas says, “We started strong with enterprise and continue to do so but wanted to eventually grow in retail and fine-tune our platform for both. After a couple of failed attempts, we relooked at our strategies in 2018 and decided to go beyond payments and build our own single one-stop solution for banks in a cost-effective manner. We had a comfortable corpus, learnings from the past, and strong fundamentals to take the leap.”

This paved the way for the ‘bank partnership model’ for Ezetap, which proved to be a game-changer for the startup. It built a full suite of solutions on an Android terminal, including sector-specific payment solutions and value-added features like billing, instant EMIs via debit and credit cards, auto reconciliation, analytics, My Khaata, My Rewards, My Promos, and bundled them all up and started approaching banks.

Ezetap hit a jackpot with its first partnership with one of the key banks in the country, which created a ‘ripple effect’ and got others interested.

Today, the startup has tie-ups with major banks such as Axis Bank, HDFC Bank, and ICICI Bank, besides partnering with government institutions and organisations like the municipal corporation of Chennai for tax collection, Guwahati Municipal Corporation to provide citizen services, and Bengaluru Traffic Police (E-challan App), among others. At present, about 15–20 percent of its new sales are from the government sector.

In another major decision, it decided to build sector-specific solutions for pharma, grocery, logistics, and so on, which worked towards its advantage and solidified future partnerships.

The third major decision was expansion into foreign markets, which Byas terms as a ‘long-term bet’. However, this strategy of venturing into multiple markets (Southeast Asia, the Middle East) was not yielding expected results, owing to a change in country-specific business rules.

“The first thing I did after taking over was to kill the Malaysia programme. We thought, let’s look at one geography at a time, make it successful, and build on that,” recalls Byas.

Its first big success was a partnership with Mashreq Bank, followed by the acquisition of merchants like Sharjah Traffic Police, Landmark Group, KFC, FedEx, and so on. The startup is now looking to deploy its solution across Africa and exploring the Southeast Asian and European markets.

At present, it generates a single-digit percentage revenue from international business. But, it is expected to grow at 15 percent in the next 2–3 years.

Ezetap’s revenue expanded to $10.7 million in 2020, a significant jump of almost 50 percent from the previous year.

Some tough economic calls were made too, says Byas, including pulling the plug on building its own hardware device as it “stopped making economic sense” in a highly competitive market. A similar strategy was deployed for software.

Until 2018, the startup had raised around $51 million in six rounds from investors like JS Capital Management, Social Capital and Horizons Ventures, Prime Venture Partners, Berggruen Holdings, and Helion Venture Partners.

“We didn’t have a huge corpus but were sitting on a comfortable mark. That is why we took it slow, made long-term decisions, and remained stable. Our cash burn remains in single-digit even today as we strictly look at ROIs in everything,” explains Byas.

The startup has received three capital infusions from its board between 2018 and now.

However, the bigger challenge lay in execution, which initially led Byas to lower the company’s growth targets. As he moved from his co-pilot position, there was an opportunity for people to step up to the roles he previously oversaw and grow them further.

The business never got affected, says the CEO as he recalls his transition period towards being the “Byasman” aka “boss man”.

In a personality-driven startup ecosystem, a founder leaving the company can not only send mixed signals externally but also adversely impact its internal affairs and culture.

However, for Ezetap, the process was smooth with no big eyebrows raised owing to three major reasons. One, the startup had surpassed its early stage, the second was a suitable replacement, and the third was clear communication by that replacement.

The board took their own sweet time before handing over the keys to the CEO but were “absolutely sure” of their decision.

“There was a sense of comfort as all the banks, partners, and clients already knew me. We had a single call with each one of them and it was business as usual for everyone,” says Byas, who has had his own share of self-doubts, often asking himself if he has enough of what it takes in a personality-driven ecosystem.

Building in an ‘aggressive’ space

Ezetap competes with Pine Labs in the offline space, where the latter holds a leadership position. Others include Mswipe, Innoviti, and Mosambee.

“India is a big market and there is room for every player to grow. There is a huge opportunity in the offline space where we can take share from Pine Labs, which dominates the modern retail and hospitality segment. We aim to grow by 70-100 percent over the next 3-4 years with a $100-million revenue,” says Byas.

Ezetap claims to have leadership positions in ecommerce, delivery, government, and enterprise, and is “taking its wins” in its competitors’ shortcomings.

One such example was its recent deal with Xiaomi.

“We are pitted against deep-pocketed players but we have strong fundamentals,” adds the CEO.

The startup has no plans to venture into direct consumer lending space (NBFC license from RBI) just yet, and will continue to list partners who offer credit through its platform.

In the last three years, the ratios of Ezetap’s business in enterprise and retail has drastically changed. From just a 20-percent share, retail has grown to almost 70 percent of the startup’s business.

It has so far deployed over three lakh smart service points on its platform and claims to process over $5 billion annually. This is expected to grow by about 70 percent over the course of the year.

When it comes to the retail payment space, Ezetap plans to take an inorganic expansion route via partnerships with startups in kirana-tech.

Recently, it collaborated with SnapBizz to offer a full suite of grocery solutions along with value-added services like billing, inventory, etc., for mom-and-pop store owners, and has more such tie-ups in the pipeline.

This will be coupled with expansion in foreign markets, especially Africa and Europe, says Byas.

“I don’t know what it takes to be the ultimate leader. I am often advised to market myself well in this aggressive space where startup founders are walking out with big cheques and valuation based on their personalities. But I aim to grow this company in the right way with a solid business plan and in a non-superficial manner,” he signs off.

YourStory’s flagship startup-tech and leadership conference will return virtually for its 13th edition on October 25-30, 2021. Sign up for updates on TechSparks or to express your interest in partnerships and speaker opportunities here.

PNC's Demchak: On acquisitions, the economy, overdrafts, and why he's worried about the trend of working from home 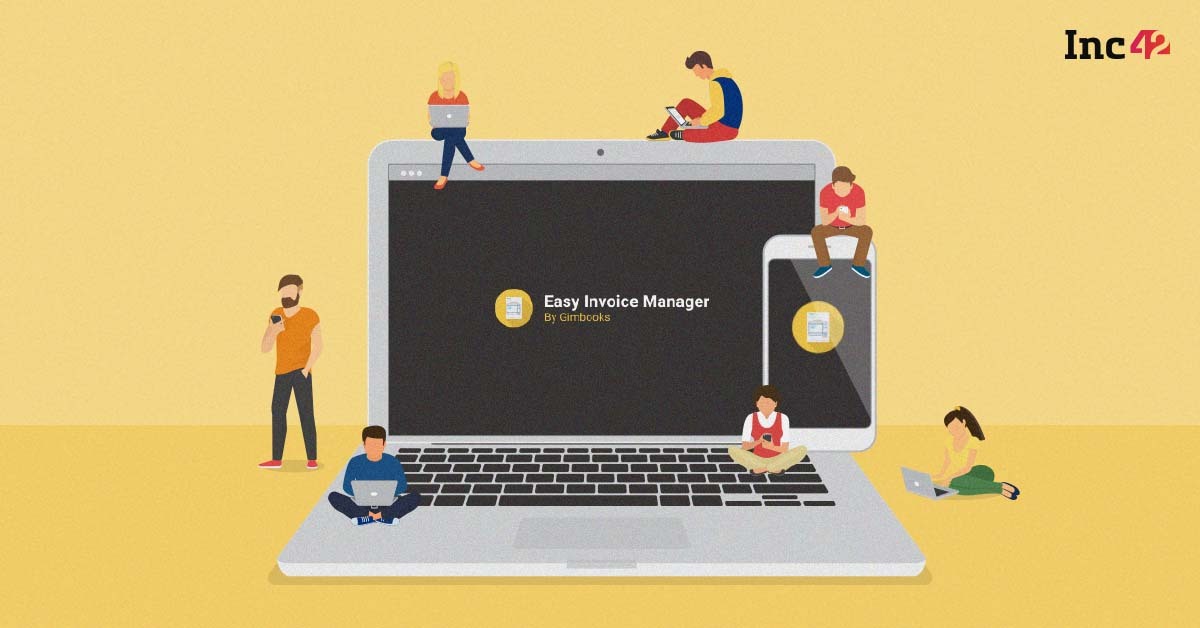