After a disappointing start to the Australian tour with two back-to-back losses in the ODIs, India have bounced back in style winnings three games in a row – one ODI and two T20Is.

After winning the first game of the T20 series in Canberra, India had a chance to seal the series in the second one, in Sydney. And, the men in blue didn’t disappoint.

On a flat SCG pitch, Australia scored 194 batting first after India chose to bowl first. Their new skipper Matthew Wade started with a bang, reaching his fifty off just 25 balls. However, India came back and pulled things to restrict Australia less than 200, which in the end wasn’t enough.

After a 50-plus run operning partnership, Shikhar Dhawan continued to score freely as he reached his half-century. Crucial contributions from KL Rahul, Virat Kohli and Sanju Samson helped Indiato reach a stage, from where Hardik and Shreyas could attack. Hardik finished with 42*(22) as he his blitz helped India win the match and clinch the series.

Captaining Australia in place of Aaron Finch, Matthew Wade became the 11th Australian men’s skipper in T20Is. Batting at his favoured position – opening – Wade took on the Indian bowlers from the outset.

Opening with his Hobart Hurricanes partner, D’Arcy Short, Wade was his belligerent best. He was severe on every Indian bowler, who came to bowl in the powerplay except T Natarajan. He completed a quick half-century off just 25 balls and was looking to take the game away from India.

However, he couldn’t continue for long and got dismissed on 58. (Image: Twitter)

If Kohli’s hands don’t get you a wicket, his presence of mind will.

Threatening to take the game away from India, Wade spooned a shorter length delivery from off-spinner Washington Sundar towards cover fielder inside the circle. Kohli, standing at that position, was backpeddling and took the ball over his head. He fumbled it twice, but couldn’t held on to it.

Wade thinking that Virat had grabbed the catch, stopped midway on the pitch. Later, he realised that Virat had indeed dropped it and it was too late as he tried to get back into the crease.

Kohli had already gotten rid of the ball as soon as he dropped it, and threw straight into the hands of keeper, who didn’t make any mistake. Even though, Sundar couldn’t get the wicket, India did. (Image: Fox Cricket) On a pitch where every other bowler was going for a plenty, T Natarajan ended with figures of 2-20 in his four overs. The left-arm pacer from Chinnappampatti has been an extraordinary inclusion into India’s white-ball side, after his exploits in the IPL for Sunrisers Hyderabad.

Taking three wickets in the first game, Natarajan was the best Indian bowler on show by miles in the second, that tells you something. He first broke the dangerous opening partnership of Short and Wade by removing the former in the fifth over of the Australian innings.

He kept tight lengths and didn’t give the Aussie batsmen any room or bad ball that they were looking for. He came at the death to dismiss Moises Henriques and took second of the night. Later, Hardik Pandya and skipper Kohli had only good things about him to say. (Image: Cricket Australia/Twitter) 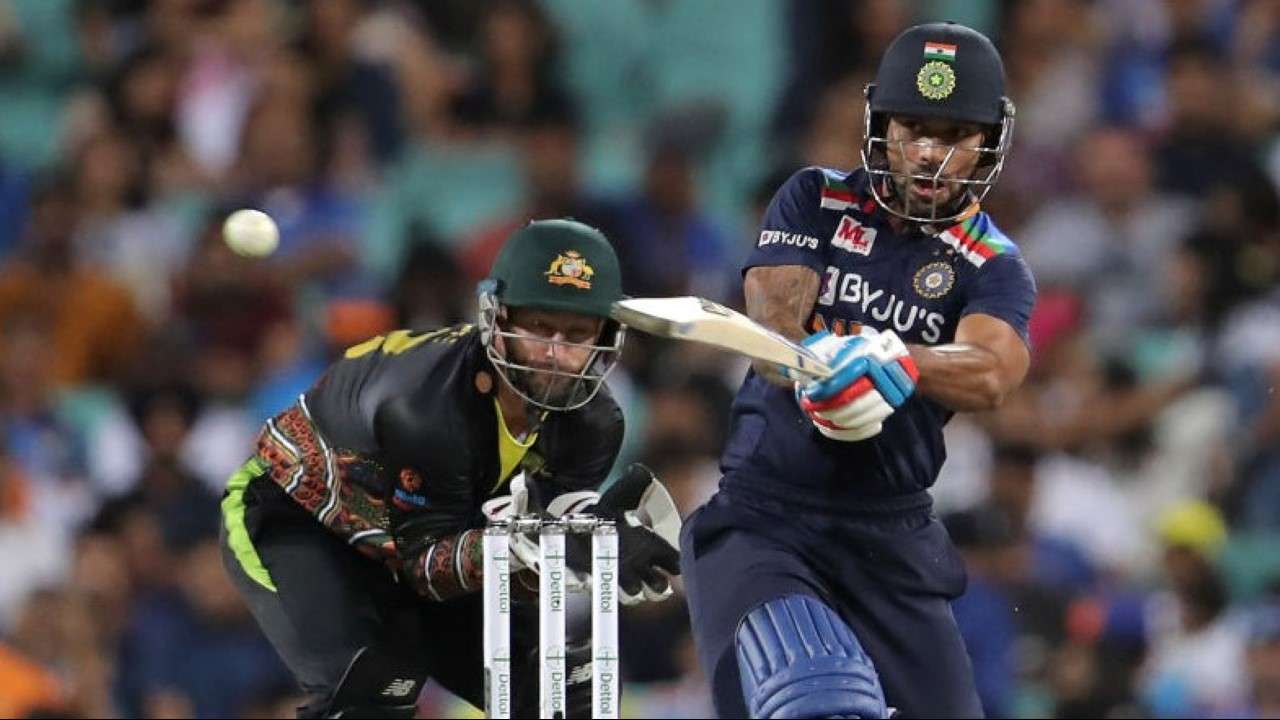 Chasing 195, India needed a fast start to get ahead of the game. After two watchful overs, both the Indian openers Shikhar Dhawan and KL Rahul opened up and started to attack the Australian bowlers. Rahul was dismissed by Andrew Tye, but Dhawan continued to march on.

He picked his gaps and bowlers, whom he wanted to target and was successful as he reached his half-century. Smashing four fours and a couple of big ones, Dhawan gave the momentum that Indian innings required.

Even though, he couldn’t stay on for long after completing his fifty, his innings ensured that India had the required run-rate in check and didn’t need to take any extra risks. (Image: Cricket Australia)

5. 111-metre hit by Iyer that got everyone up on their feet 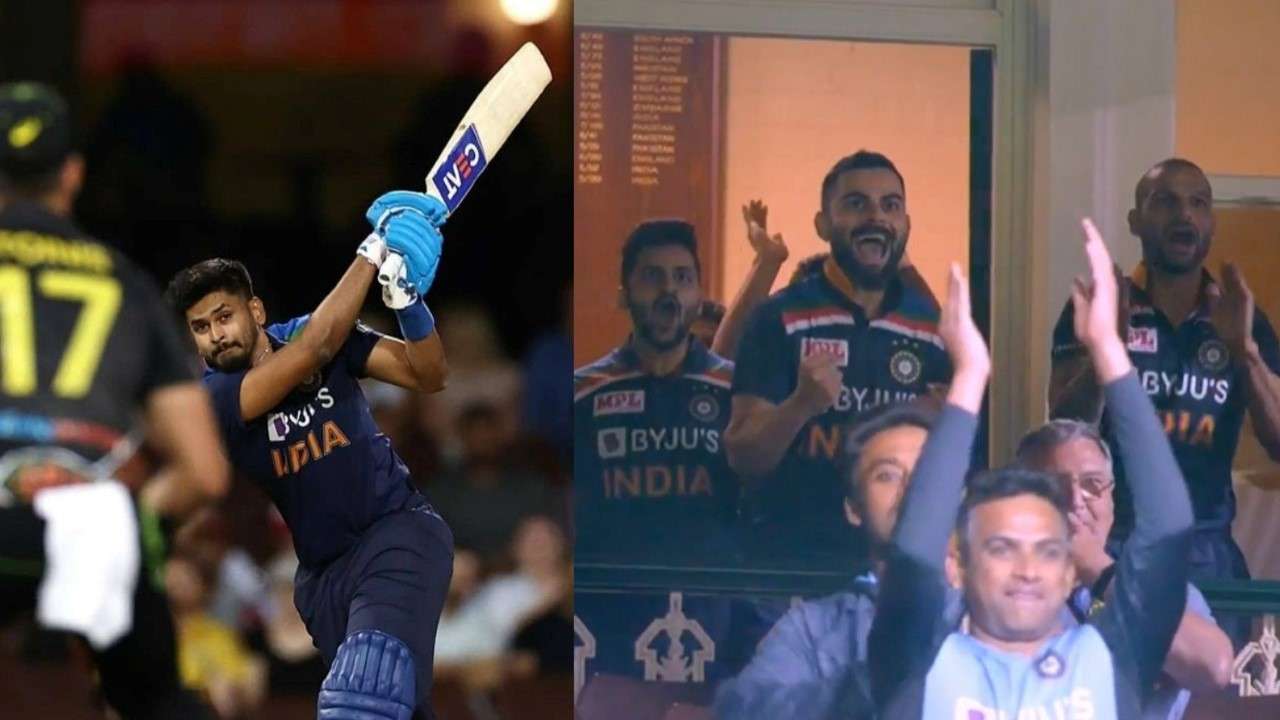 Needing 37 runs off the last three overs, India needed to close the rising gap between the number of balls and runs required. Australia handed the leg-spinner Adam Zampa the over against two right-handers.

Shreyas Iyer was new in the middle as India had just lost the wicket of their skipper Virat Kohli, who batted well for his 40 (24). With a spinner on in the 18th over of the innings, the eyes of both the batman lit-up. They needed to make this over count.

The first three balls yielded only two runs, and India was desparetely looking for a boundary or a six. Zampa pitched it on length and in Iyer’s arc and the birthday boy didn’t miss out. He gave a proper whack and deposited into the stands.

The hit was 111-metre long and made everyone in the Indian dressing room to sit up and take notice. The hit left support staff in awe and skipper Kohli jumping with excitement. (Image: BCCI/Twitter)

Shreyas sends one MILES and Kohli can’t believe it pic.twitter.com/seNnLszDca

6. The Evolution of a Finisher – Hardik Pandya 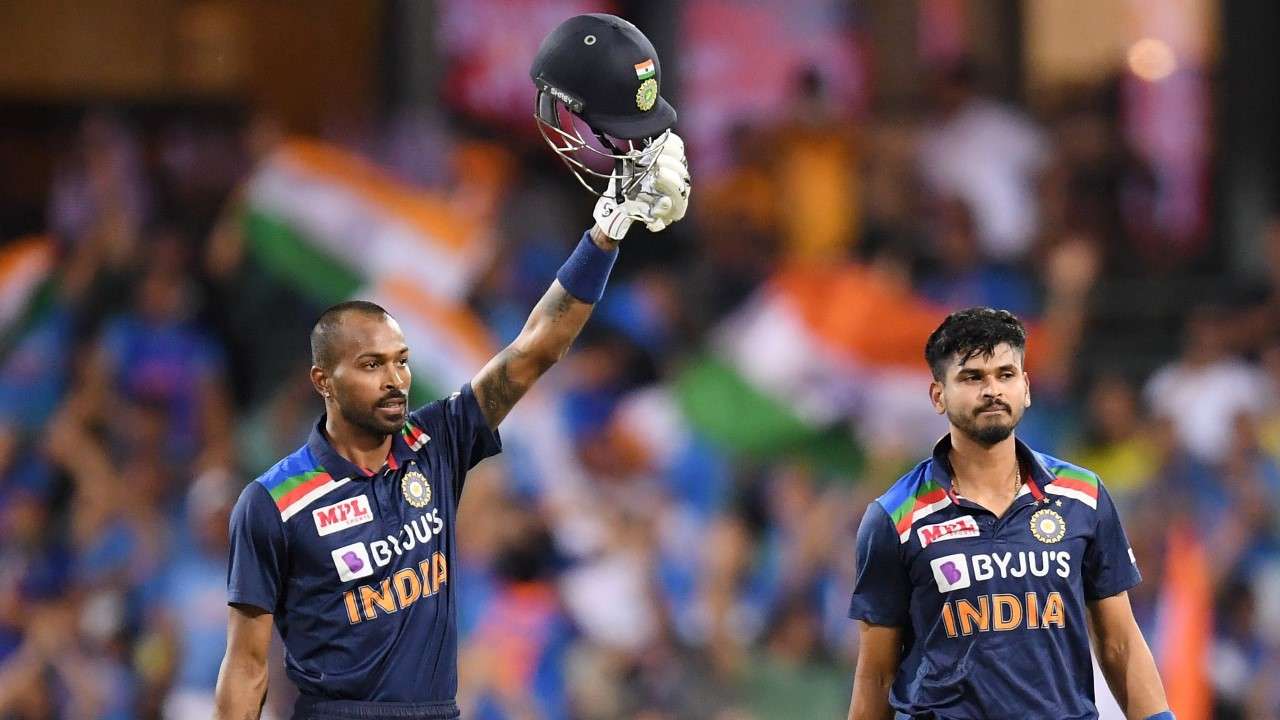 Hardik Pandya continued his excellent striking form with the bat, from the IPL to the ODI series and now into the T20I series. After Iyer’s heroics in Zampa’s over, India still required 25 runs off the last two overs and Pandya was still not able to time the ball that well.

Tye’s pace variations were troubling Hardik as he wasn’t even able to put bat on ball. In the first three balls, he could score only two runs, and India needed 23 off the remaining 9 balls.

Hardik finally got something from the bat ad hit two fours in a row and they needed 14 runs off the last over. Debutant Daniel Sams was under pressure as he came to bowl the final one. Coming from around the wicket, the angle worked in Hardik’s favour.

After a couple on the first ball, Pandya smashed two humongous blows over the long on boundary to win the game and the series for his side. He was awarded Man of the Match award for his heroics. (Image: BCCI)

Eagles' Doug Pederson on NFL coaching hot seat due to regression of Carson Wentz and more, per report

Things We Learned: Heading to the ACC title, Notre Dame finds normalcy - Inside the Irish 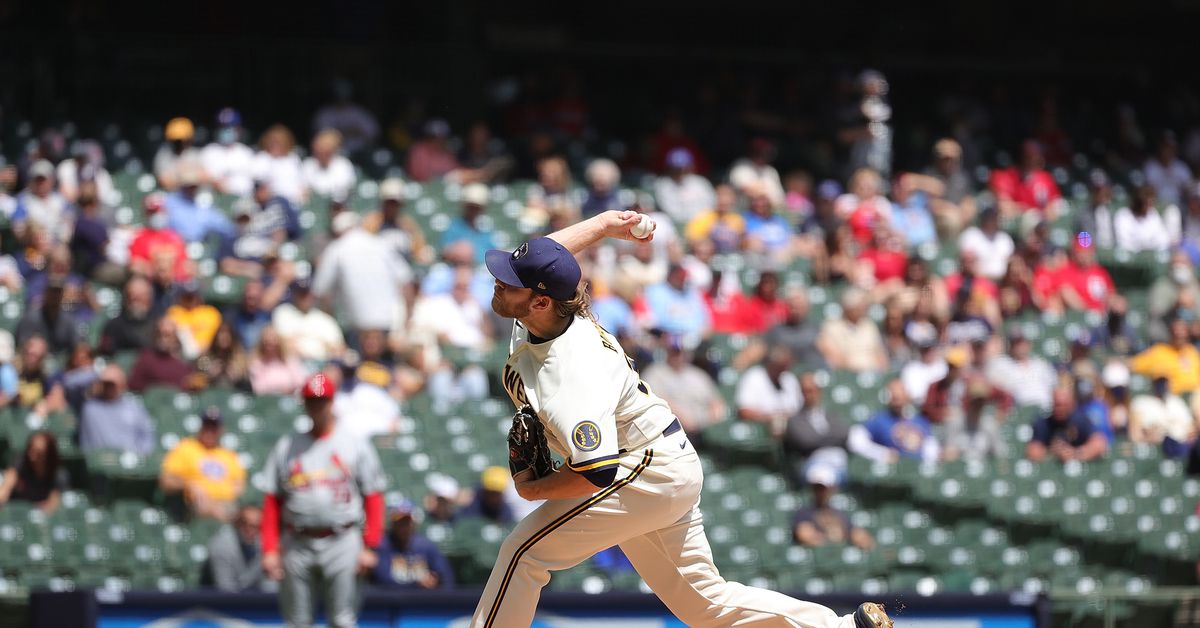 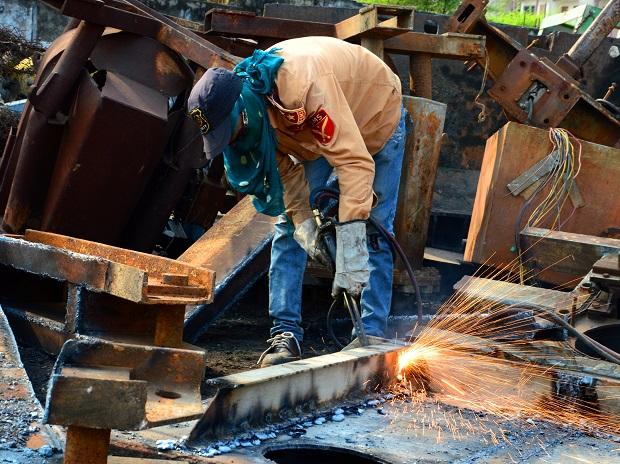 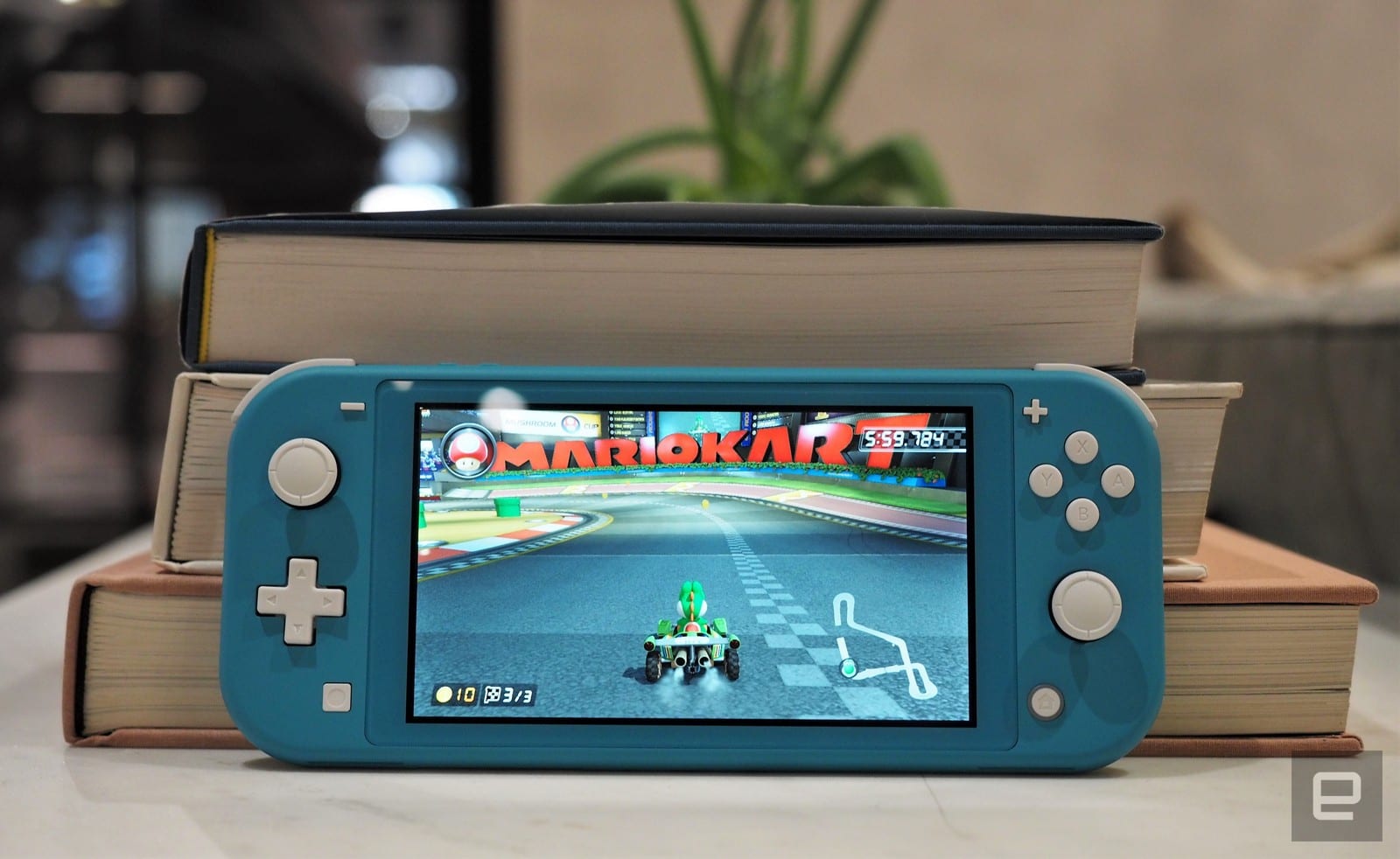