Milwaukee powers back from a 16-point first-quarter deficit to win Game 5 in Phoenix for a 3-2 series lead.

In shifting the momentum of this best-of-seven series with a 123-119 road win over the Phoenix Suns in front of a raucous crowd of 16,562 at Footprint Center, the Milwaukee Bucks’ big three of Giannis Antetokounmpo (32 points), Khris Middleton (29) and Jrue Holiday (27) nearly danced into NBA Finals history on Saturday as the first trio of teammates to each score 30 points in the same game.

More importantly, the trio helped the Bucks seize a 3-2 lead in this series.

Teams breaking 2-2 ties in Game 5 of the NBA Finals go on to win championships 72% of the time.

“Going home to our fans, going home to Milwaukee is a great opportunity for us,” Bucks coach Mike Budenholzer said. “It’s at this point, you could feel it tonight, the high-level basketball on both sides of it. It’s going to be the same in Game 6. Expect really, really good basketball. Fiserv [Forum] has been rocking, it’s been huge for us, and we’re excited about our opportunity in Game 6.”

Milwaukee committed seven turnovers in the first quarter and entered the second quarter down 16 points after a Torrey Craig 24-footer off a Devin Booker assist. Holiday quickly pieced together a monster 14-point second quarter that sent the Bucks into intermission leading by three points. Milwaukee started off the second quarter on a 21-5 run, as it knocked down 71% of its attempts in the quarter while limiting Phoenix to 35.7%.

The team’s 43 points in the second quarter registered as the most by a club in a quarter of the NBA Finals since Cleveland poured in 49 points in an opening frame in 2017 against Golden State.

Coming off a Game 4 in which he shot 4-for-20 from the field (0-for-5 from deep), Holiday would finish Game 5 with his fifth double-double of the playoffs, in addition to making timely stops by playing lockdown defense on Chris Paul and Booker.

“He’s a balanced player and a really skilled player that we’re lucky to have,” Middleton said of Holiday.

Middleton connected on 52.2% from the floor in Game 5, helping Milwaukee improve to 14-1 this postseason when he shoots better than 40% in a game.

Started off somewhat slow, but he closed out the game as Phoenix worked to make its late run. Antetokounmpo kept the Bucks afloat with his 12-point fourth quarter, highlighted by this alley-oop dunk, and he scored 20 of his 32 points in the second half. “He’s just a great competitor,” Budenholzer said. “He wants to do anything to win, and he’s not worried about the noise. He is incredibly focused on winning and making plays for his teammates and delivering.” Antetokounmpo came up one rebound short of registering his 16th game of the postseason with 20-plus points and 10-plus rebounds, which would have tied Tim Duncan, who put together 16 such games in the 2003 postseason.

Became the first Suns player to produce 40-point efforts in back-to-back playoff games, in addition to becoming just the seventh player in NBA Finals history to put together consecutive 40-point outings. Booker came out of the gates aggressively, racking up a game-high 11 points in the first quarter, but needed more help down the stretch.

Coming off a playoff-career-high 40 points in Game 4, Middleton followed that up with a 29-point outing while shooting 52.2% to improve Milwaukee’s record to 14-1 this postseason when he shoots 40% or better in a game. Middleton had been struggling on the road, averaging 22.4 points on 40.4% from the floor and 31.5% from deep. Middleton played some point when the Bucks utilized bigger lineups. “A little bit of foul trouble for Jrue, so I think our substitutions got just a little bit kind of off,” Budenholzer explained. “He’s doing so much defensively and Giannis and Khris are such great ball handlers, we just decided to let it roll with those two guys just handling the ball while Jrue just took a quick break mid-second quarter or whenever it was we had that group out there.”

Jrue Holiday has a masterful two-way game to lead the Bucks to a win.

Bounced back from a poor performance in Game 4 to embody two-way excellence on the road. Scored a team-high 18 points in the first half by hitting 8 of 11 with seven assists to keep Milwaukee afloat in the minutes Antetokounmpo wasn’t on the floor. Holiday finished with a game-high 11 dimes, too. He connected on 6 of 7 for 14 points in the second quarter alone, helping the Bucks erase a 16-point lead to go into intermission leading 64-61. Holiday ended the first half with a steal off Devin Booker that he immediately converted into a 3-pointer. Holiday picked Booker’s pocket again in the closing seconds with the game on the line, converting the turnover with this nasty alley-oop to Antetokounmpo.

Coming off a postseason-low six points in Game 4, Ayton finished Game 5 with 20 points while notching his 14th double-double of the playoffs. Ayton played nearly 45 minutes and drained 7-for-12 from the field and a perfect 6-for-6 from the free-throw line, pulling down 10 rebounds with a pair of blocks. 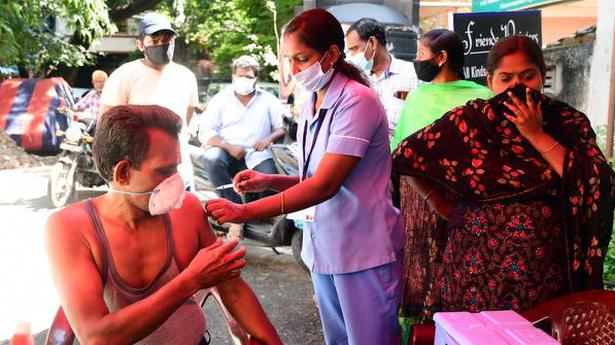