When Finance Minister Nirmala Sitharaman rises to present Union Budget 2021-22 later today, India’s tech and startup industry will watch out for cues that will give shape to their ecosystem’s post-pandemic future.

The government has already made public its intention to introduce a cryptocurrency bill during the ongoing budget session, amid deliberations on allowing pension funds and insurance firms to invest in Indian startups. The fintech industry, meanwhile, is expecting further reforms to further the country’s financial inclusion drive amid a surge in digital payments.

Here’s a look at the top tech news to start your day.

1. India’s cryptocurrency bill puts industry in a state of panic

India’s cryptocurrency entrepreneurs and industry leaders
are hitting the panic button as the central government prepares to outlaw trade in private e-money ahead of the potential launch of India’s official digital currency.

The background: On Friday, the Centre announced that it will introduce the Cryptocurrency and Regulation of Official Digital Currency Bill, 2021, in the ongoing budget session. It is aimed at paving the way for eventual introduction of digital money by the country’s central bank at a time when China is testing a version of its digital yuan.

Industry mavens, who welcome the government’s move, remain concerned with the provision seeking to prohibit all private cryptocurrencies, while allowing certain exceptions to promote the underlying technology.

Despite regulatory curbs, Indian startups continue to receive 85% of their funding from overseas investors.
The government wants to change that.

Driving the news: The government has started deliberations on allowing domestic pension and insurance funds to invest in Indian startups. While the idea isn’t new, industry watchers believe now is the right time for Indian institutional investors to become stakeholders in India’s startup ecosystem.

Local institutional investment, as well as favourable regulations and tax breaks, will curb the practice of “flipping” prevalent among Indian startups, experts say.

Rate of change is insane. If a startup doesn’t spend time to research, reflect and plan, it will struggle. Being re… https://t.co/GIL3UeN3ZQ

The fintech industry
is hoping for a favourable Union Budget 2021-22 ahead of a crucial year for India’s burgeoning digital economy, as a bulk of the country’s consumers and small businesses are expected to adopt digital means to access payments and financial services for the first time.

Driving the news: Finance Minister Nirmala Sitharaman is expected to present a budget that addresses the needs to bolster an economy ravaged by the pandemic. Industry experts said reforms to further the country’s financial inclusion mandate through effective use of technology could be expected from the budget.

Why it matters: The disruptive growth seen by the fintech ecosystem in 2020 has shored up the need for a more focused approach towards sustaining the growth and protecting customer confidence, industry says.

4. How Young India got hooked on to GameStop story

It was mostly through memes on subreddit group r/wallstreetbets and Instagram Stories, but market watchers say that a GameStop-like event is unlikely to happen in India.

Why it matters: For young Indians, GameStop’s short squeeze and everything that has followed in the United States since then—like the anti-establishment narrative it generated, halting of its trading on Robinhood Markets, debates among politicians over social media communities’ influence on stock markets—is akin to a refresher course in understanding the possibilities the market holds for them.

“In my house, every financial decision has been driven by my father so far. This incident has pushed me to be equipped with the knowledge to make independent investment decisions,” says 25-year-old Aditi Maheshwari.
(read more)

Happilo, a healthy gourmet snacking brand,
has raised Rs 100 crore from A91 Partners in its first external funding round, at an undisclosed valuation.

Why it matters: This investment is in continuation of the growth that D2C (direct-to-consumer) brands, which have carved a niche for themselves in the crowded Indian market, are seeing in the last few years. This has led to venture capital investors making a beeline to invest in such startups. Healthy snacking as a category has seen tremendous growth, with the pandemic giving the sector a shot in the arm as an increasing number of people take to healthy eating habits.

The Bengaluru-based brand is eyeing a healthy chunk of the Rs 40,000-crore dried fruits and nuts market, estimated to be the largest in the world. “The capital raised will be used for capital expenditure, for automation and to expand marketing and distribution capabilities,” said Vikas Nahar, founder director at Happlio. “We are well capitalised for another 12-18 months, post which we might again hit the market for capital raising.”

Tata Consultancy Services Ltd. (TCS) and Wipro Ltd.
witnessed strong growth in business from India, helped by higher spending by local clients on technology as they emerged stronger after the disruption caused by the pandemic.

Driving the news: While TCS posted nearly 18% growth in India business during the fiscal third quarter, Wipro saw a near 14% expansion in its India State Run Enterprises (ISRE) business. Wipro spun out the ISRE segment in October 2018 for businesses from government-run organisations.

Not every Indian IT company is “equally” invested in the domestic market, analysts said.

The world Is dangerously dependent on Taiwan for semiconductors: As China pushes the world to avoid official dealings with Taiwan, leaders across the globe are realizing just how dependent they’ve become on the island democracy.
(Bloomberg)

How Reddit explains the GameStop saga: Retail investors’ battle against short sellers who had bet against GameStop and AMC — and other heavily shorted stocks with depressed share prices — offers a window into what happens when Reddit culture spills out into the real world.
(Axios)

Palihapitiya eyes a political prize that eluded many rich peers: Billionaire venture capitalist Chamath Palihapitiya’s potential bid to unseat California Governor Gavin Newsom would likely face long odds given that the political novice would be pursuing a prize that has eluded many a wealthy Californian.
(Bloomberg)

Why companies are thinking twice about using artificial intelligence Startups Standing Out With New Ways To Look At Storage 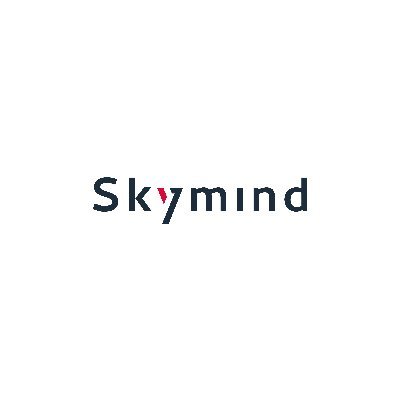