Promotion of equitable renewable energy development in Indian Country is crucial for both tribal governments and the United States. President Biden recognizes this fact. In The Biden Plan For A Clean Energy Revolution and Environmental Justice, the president specifies that the United States must achieve a 100% clean energy economy and reach net-zero emissions no later than 2050. Such accomplishments are necessary to build a stronger, more resilient nation, and to ensure the United States does not get left behind in the renewable energy revolution.

Like the president, the rest of the world is increasingly looking to renewable energy development to meet energy needs. Even within the United States many states have developed Renewable Energy Portfolio Standards (RPS) to increase the amount of energy utilized in the state that comes from renewable sources. As a result, there is growing demand for the development of renewable energy within the United States and globally. This in turn is fueling innovation and driving down the costs in the renewables industry, making it as, if not more, competitive than other carbon based energy sources.

Demand for renewable energy development is not limited to state, federal, and foreign governments. Tribal governments located within the United States may also wish to engage in such development for a wide variety of reasons from opportunities for economic diversification to energy independence, and from environmental sustainability to providing new revenue streams. However, such development does not come without a cost.

To develop the wind and solar energy potential within Indian Country, according to the National Renewable Energy Laboratory (NREL), an estimated $75 billion in project investment will be necessary. An investment of this size will create thousands upon thousands of jobs through development, construction, and operations and maintenance. The biggest single challenge is, perhaps, that tribal governments lack the access to capital to make this renewable revolution a reality.

Yet Indian Country provides fertile ground (both literally and figuratively) to accomplish this goal. A 2010 report for the NREL estimated more than 18 trillion kwh per year of combined solar and wind energy potential on Indian Lands in the lower 48 states alone; enough to power more than 1.7 billion average American homes, or more than four times the total energy-generating capacity of the United States in 2019.

The areas of highest potential for solar and wind energy development in the U.S. overlap significantly with Indian Country. Within Utah, for example, several tribes possess substantial potential for renewable energy resource technical potential, as determined by the U.S. Department of Energy, Office of Indian Energy. In recognition of this potential, the Office of Indian Energy awarded the Ute Mountain Ute Community, which is located within Utah, a large grant to develop solar resources.

Given that the demand and natural resources both exist, it might seem odd that relatively few renewable energy projects have been developed to completion within Indian Country. Examination of those handful of projects that have been successful to date demonstrates that tribal sovereignty and self-determination play an important role in such development. Despite research and examples (like the First Nations Power Authority) consistently demonstrating that tribal control over projects increases the likelihood of their success, tribes have not exercised much control over the majority of renewable energy development projects in Indian Country.

Other investment successes in Indian County, like New Market Tax Credit–funded Makah Fishing Dock, might provide a roadmap to use opportunity zones, or new innovative finance tools, to fund renewable energy projects that can remain under tribal control.

Not only must governments and private entities look to Indian Country for renewable energy development, but they must do so in a way that recognizes the true recipe for successful project realization—centering tribal sovereignty. By designing projects in this way, and finding the financial tools to bring them to fruition, we can realize our collective federal goals for clean energy development and promote equitable economic development within Indian Country.

Super Bowl 2021: LI's Mike Greenberg has made his mark in Bucs' front office 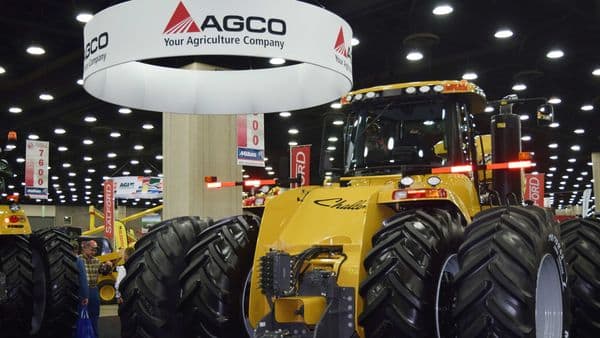