Agriculture and construction equipment giant Deere (DE) topped the S&P 500, climbing 1.8% as investors responded to a stronger-than-expected fiscal third quarter sales and earnings report. DE stock fell for six straight days ahead of the report, leaving shares about 8% below a 388.62 buy point in a cup-with-handle base.

Ross Stores (ROST) took the hardest hit on both the Nasdaq and the S&P 500, down almost 4% on weak guidance, and despite an otherwise above-forecast Q2 report.

China-based stocks trading in the U.S. maintained their balance, despite a day of heavy selling in Hong Kong and Shanghai following the government’s roll out of tough new data privacy rules. China’s 360 Digitech (QFIN) reported a 31% increase in second-quarter revenue, sending shares 4.9% higher.

Blue chips skewed lower on Dow Jones today, as 3M (MMM) and Chevron (CVX) led the early declines, each down about 0.8%.

Bond yields were relatively steady, with the 10-year Treasury yield hovering around 1.23% early Friday, after settling on Thursday just above 1.24%. Yields are trading about 4% lower for the week, as bond markets adjusts to the rising caution signs from a Federal Reserve preparing to make a strategy shift.

Dow Jones financials Goldman Sachs (GS) and JPMorgan (JPM) have shadowed that response. Goldman Sachs fell 4.2% through Thursday, moving to snap a four-week rally and reversing the stock to just above a 393.36 buy point following a breakout on Aug. 6. Shares are perched at support above their 21-day moving average.

The selling rolled over into Japan, where Tokyo’s Nikkei 225 shed 1%, leaving it down 3.4% for the week.

Europe’s markets traded modestly lower near mid-session. The FTSE 100 in London dipped 0.2%. The CAC-40 in Paris was off 0.3%, while Frankfurt’s DAX traded down 0.4%. The SPDR Portfolio Europe ETF (SPEU) was inactive. A four-day decline left the fund down 2.6% for the week through Thursday. The ETF broke below support at its 21-day exponential moving average, and is testing its 50-day line, just below a 44.06 buy point in a nine-week flat base.

After three days of selling, the Dow Jones today opens down 1.8% for the week, and in a test of support at its 50-day moving average. The Nasdaq and S&P 500 both staged positive reversals on Thursday. For the Nasdaq, the recovery was a nice show of support, with a two-day pullback ending neatly at the benchmark’s 50-day line. The Nasdaq closed down 1.9% for the week through Thursday.

The S&P 500 stopped its pullback short of a test of 50-day support. That made its reversal doubly bullish, as the index returned to finish almost flush with its short-term 21-day exponential moving average. The S&P 500 closed on Thursday down 1.4% for the week.

For more detailed analysis of the current stock market and its status, study the Big Picture.

However, growth stocks overall behaved well. The iShares Russell 1000 Growth ETF (IWF) acted much like the Nasdaq and S&P 500 on Thursday, reversing from a brief early dive to finish 0.3% higher. It shows a 1.3% decline for the week.

The pullback stopped close enough to the 50-day/10-week moving average to be considered a show of support. At the closing bell, the ETF was snugged up against the underside of its 21-day line, and less than 2% below a three-weeks tight entry at 284.57. The iShares Russell 1000 slipped 0.4% in early trade Friday.

The market status remains in a “confirmed uptrend.” The major indexes are holding key support but, as noted in Friday’s early Stock Market Today, market breadth is narrowing overall and for leading stocks. That means, with more than two stocks falling for every winner, investors face some difficult odds.

Many of those falling stocks are starting base-building processes likely to present future buying opportunities. But whether growth stocks rise or fall in the next few weeks remains unclear.

That signals investors to keep working on watchlists. Don’t get locked into particular stocks, or into a bullish or bearish mindset. The market rally is at a key point and could quickly strengthen or deteriorate from these levels. The message to investors: stay flexible and alert.

The 200-Day Average: The Last Line Of Support?

Catch The Next Big Winning Stock With MarketSmith 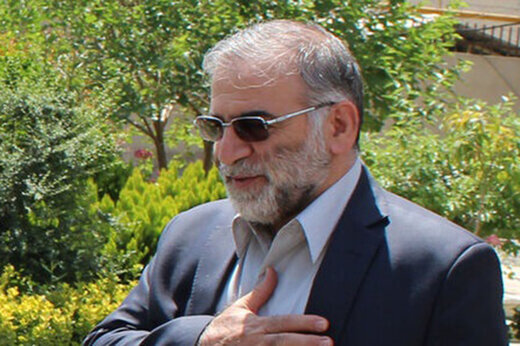