The cut took place from September 2020 to January 2021 despite experts predicting an inevitable second wave of the pandemic, says the Congress general secretary on Twitter.

“From September 2020 to January 2021, the Modi government reduced: Oxygen beds by 36%, ICU beds by 46%, Ventilator beds by 28%. Why? When every expert in the country, the Parliamentary Committee on Health and their own Sero-surveys warned them that additional beds would be needed for an inevitable second wave #ZimmedarKaun?” Ms. Vadra asked on Twitter and in a 45-seconds video message.

In the video, she asked if the lives of Indian citizens were less important than the Central Vista project as that had been declared an “essential service”.

“When they came into power, they cut the health budget by 20%. They promised AIIMS everywhere, they said district facilities will be upgraded, but they did nothing. Instead, the Central Vista project was declared an ‘essential service’ and people are working day in and day out to complete it by 2023. Is the health of the Indian citizens less important than the Central Vista project?” Ms. Vadra asked.

The Congress leader, who launched an online campaign ‘Zimmedar Kaun’ [Who’s responsible] last week, has been consistently raising issues related to alleged mismanagement in handling the second wave of COVID-19.

In the past one week, she has raised the issue of export of oxygen and vaccines that resulted in a shortage of these items when India was in the grip of a devastating second wave.

In a separate tweet, former Congress president Rahul Gandhi questioned the Modi government’s priorities and accused it of leaving the citizens atmanirbhar (self dependent) for vaccines while it was busy fighting for blue tick with Twitter, a reference to the social media company removing the verified sign from twitter handles of some RSS leaders including chief Mohan Bhagwat.

Twitter, though, has restored the blue tick on the handles of the top RSS leaders.

As Indian economy heads towards an uncertain but pivotal moment, growth is the only answer

As Indian economy heads towards an uncertain but pivotal moment, growth is the only answer 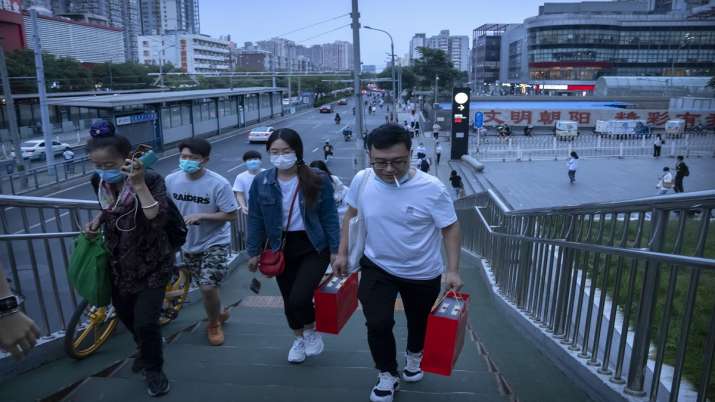