June 25, 2021 (Mumbai, India) – The condition of working children and children in forced and bonded labour in the country has always been concerning in India, but the pandemic has likely pushed more children into child labour, including its worst forms, warn child rights organization Educo in India and its partner, Campaign Against Child Labour (CACL) during its recent national webinar.

Mr. Guruprasad, Country Director of Educo in India, says, “Among the various groups affected by the global pandemic, children remain one of the worst-hit across the globe. The pandemic has triggered a massive increase in the cases of abuse and violation faced by children in India as well. The condition of working children and children in forced or bonded labour in the country has only worsened in the light of COVID19 pandemic.”

A report by the International Labour Organization (ILO) and UNICEF warns that 9 million additional children are at the risk of being pushed into child labour by the end of 2022 globally, as a result of the pandemic. In India, the closure of schools and the economic crisis faced by the vulnerable families, triggered by the pandemic, are likely drivers pushing children into poverty and thus, child labour and unsafe migration.

Mr. Guruprasad adds, “What we need to understand here is that many children in India are already vulnerable to begin with prior to the pandemic. There has been some progress in reducing the child labour cases but this progress can be reversed by the pandemic. In 2016, the government estimated that there are over 100 million migrant workers of which roughly 20-25 percent are children. According to UNICEF, more than 10 million Indian children are still in some form of servitude. With over 1.5 million schools closed during the pandemic, the opportunities for marginalised children to engage in meaningful developmental activities have also gone away or reduced significantly.”

Prioritizing this crisis, Educo in collaboration with Campaign Against Child Labour (CACL) organized a national webinar to highlight the issue of Child Labour and building a consensus towards prevention and eradication of Child Labour in India. The webinar brought together experts, activists, policymakers, networks and civil society members across the country. It aimed at consolidating efforts in this direction by different CSOs, government and other actors and building a collective channel of communication for integrated and more intense efforts, for the complete eradication of child labour in India.

Despite legislative provisions and policies against child labor and India, the country is grappling with the worsening of the situation of child labour. Children’s access to education, basic nutrition and other critical requirements for their development and wellbeing, have suffered a huge setback and many new children have fallen into the trap of forced labour along with further deteriorated conditions for the existing child labourers.

The webinar aimed at gathering the learning and insights on advocacy initiatives done by various CSOs and activists for prevention of child labour and explore ways to work together to multiply the efforts at a larger level.

Ms. Macarena Cespedes, Global Advocacy Director, Educo, expressed “Since 2016, a slowdown in the decrease of child labour rates is remarkable. In this regard, in the last year, the health and economic crisis caused by COVID-19, the real scope of which is still difficult to determine, has completely put the brakes on this decrease in child labour rates around the world. COVID-19 has gotten worse than the already precarious living conditions of hundreds of millions of people around the world. But the impact of the crisis is not equity distributed, affects more to the most vulnerable and, specifically, children.”

Mr. R. Vidhya Sagar, former Child Protection Specialist with UNICEF, shared the findings of a rapid survey conducted by CACL in Tamil Nadu and Puducherry on how the pandemic has affected the lives of children from already marginalised communities. He shared, “The children in the age group of 15-18 years who dropped out when the schools closed due to the pandemic, would not never go back to schools. These children comprised two-third of the total children surveyed.” He emphasised on the need for planning at district and local levels to ensure that children go back to schools, while ensuring child participation to understand from them their challenges.

Mr. Mathew Philip, National Convenor, CACL shared many cases of inhuman treatment of children at work and highlighted, “The reports from our state chapters confirm that there is a huge increase in the volume of children labour. Without a strong law, none of the socio-economic measures we take, would completely eradicate child labour. A child can face hazard not only in the form of physical harm, but also in the form of violence, ill-treatment, torture and sexual abuse. The myth of regulating work conditions for children has to be broken. There need is a need for total prohibition of employment of children up to the age of 18 years and their engagement in compulsory education and skill building.” He also pointed out how the employers are able to misuse the law, sharing “Many factory-based occupations and process have been converted into ‘home based’ businesses to take advantage of the Child Labour (Prohibition and Regulation) Amendment Act, 2016″

During the webinar, Educo also kick-started a digital campaign on social media named ‘Say No to Child Labour’ to bring the committed voices together to make a change. Through the campaign, we are expected to reach out to 200,000 members to pledge and support this initiative for children. This will give various stakeholders from different walks of life to come forward and do their bit for this objective. To know more about the campaign, visit: Say NO to Child Labour

Educo is a global development NGO focused on education child protection and child participation, which works in 14 countries carrying out projects in which more than 800,000 children and young people participate. If you need more information or statements from a spokesperson in the field or in Asia/Spain, contact the following: 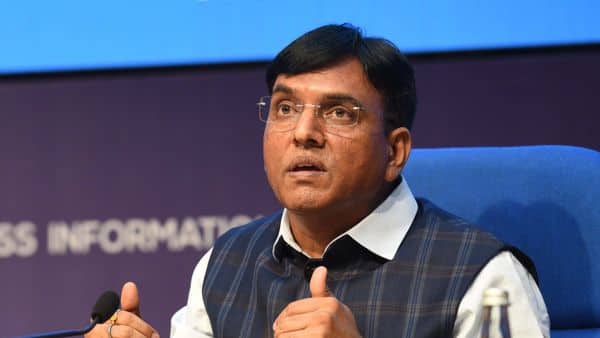