NPAs, the abbreviated term, popularly used for ‘Non-Performing Assets’ among Banks and borrowers is turning out to be a draconian provision for the entire business community. The Bankers are equally petrified of this application, as it not only eats away their good money, but, also frightens them by its implications with many a times, seeking their personal accountability. What is this NPA phenomenon which has put the entire Banking Industry to dizzy and the borrowers are facing severe heat with many of them shutting their shops? All borrowing businesses, irrespective of their size, whether large or MSMEs, engaged in any of the economic activities and providing employment to millions of workers, are covered by this provision of NPAs. Let us, therefore, understand what these NPAs are?

As per the Reserve Bank of India’s directives to Banks, ‘loan and advances granted to various categories of borrowers will become NPAs when they cease to generate income for the bank and where the interest and/ or installment of principal loan amount remain overdue for a period of more than 90 days or the account remains ‘out of order’ in respect of an Overdraft/Cash Credit/Bills purchase continuously in excess of the sanctioned limit/drawing power for 90 days’.

RBI has termed NPAs recognition as a step towards ‘Cleaning of Banks Balance Sheets’ to make them financially stronger. But, the overall impact of the application of this provision on the economy has been extremely adverse. The borrowers of Banks whose accounts are clarified as Non-Performing include Corporates, Industries including Micro, Small and Medium businesses, traders and exporters who not only generate country’s wealth and GDP but also provide employment to more than 200 Million people in the country. Entire economy is thus dependent on these businesses to achieve country’s GDP growth, increase per capita income and for alleviation of poverty. So, on the one side is the question of health of Banks and their cleanup and on the other, is the sustainability of country’s economy, GDP growth and employment. There can’t be one against the other as both are important for growth and prosperity of the country.

Banks have been lending to all kinds of borrowers ever since their inception as lending being one of their core objectives. Almost all such lending is generally secured by taking primary and/or collateral securities including personal guarantees of borrowers. So, by and large, the banks’ lending is supposed to be secured by tangible and intangible securities and guarantees. The provision of classifying loans as NPAs advocated by International Banks and brought in by the Reserve Bank of India for Indian Banks has created a chaotic situation in the entire financing echo system and it is turning out to be the biggest destroyer of wealth and employment in India. NPA classification norm has never been among the original basic principles of lending of Safety, liquidity and ‘Return on Investment’. It is well known that delays in repayment of installments and interest may be caused due to many reasons- genuine or not, but the NPA issue has overtaken all other tenets of lender-borrower relationship due to which, a large number of businesses are being categorized as ‘Non-Performing’ making them ‘Untouchables’. Once declared as NPA, they fall from grace and carry the stigma among their peers and the banking community which makes it extremely difficult for them to redeem their lost glory.

Ever since the present NPA norms have been brought in and applied forcefully since 2013, its ill effects have cast a shadow on all stakeholders i.e Banks, Companies, MSMEs, Exporters and all other businesses which contribute to the economic development and employment. The Banks for whose benefit and health this provision has been introduced are themselves the worst sufferers as their large chunk of lending portfolio has been classified as NPAs forcing them to make provisions for loss which resulted in the erosion of their capital and net worth. The Government, therefore, has to shell out huge funds from the exchequer to recapitalize them. This burden on the exchequer is ultimately borne by public through taxes. So Banks suffer, public suffers, businesses suffer, the country’s economy and GDP suffer and most importantly the employment suffers heavily as not only running businesses come to standstill or closed, but, due to fear of NPAs, even the new ideas with high potential of growth also become less entrepreneurial to avoid risk-taking. On the other side, banks have also become very conservative in lending to new projects as they can’t factor inaccurately about future cash flows which would be enough to timely service the debt installments and interest liabilities. The Bankers can ensure to take care of proper due diligence and adequate appraisal of loan proposals and adhere to the principles of lending, but they cannot monitor day to day operations of businesses to whom they lend. This is eroding their own business of banking and viability.

The banks which were earlier resolving many such irregular debts under various restructuring schemes and were able to recover a major part of such overdue were suddenly left with no other option but to book losses as RBI decided to withdraw all such restructuring schemes. As a result of RBI’s strict enforcement of 90days NPA norms, the Banks’ NPAs started mounting since 2013 and rose to more than 10 percent of loans.

The question which arises from the above is whether our economy and particularly the banking system is gaining or losing out by the 90 days NPA norms. We should not be missing woods for the trees and should not forget the needs of our growing economy with huge funds requirement to alleviate people’s poverty and unemployment. Just to fall in line with international practices, we cannot afford to dent the entire banking and financing system and put breaks in the momentum generated in our country’s economic growth. NPA norms have exactly done the same.

Banks have virtually stopped lending, the economic growth has slid down and unemployment has been surging day by day. For no valid reasons, the earlier guidelines of Reserve Bank of India for resolution of Stressed Assets like Loan Restructuring, Corporate Debt Restructuring, and the mechanism of Joint Lender’s Forum, Strategic Debt Restructuring and Sustainable Structuring of Stressed Assets have been withdrawn for all practical purposes. With introduction of Insolvency and Bankruptcy Code, the accounts of running companies are being referred to NCLT courts for resolution.

RBI’s current directives on NPA identification and provisioning have virtually led to breakdown in growth of lending and investments and new enterprise creation as banks are wary of fresh lending due to fear of generating more NPAs. As a result of this log jam, every sector of economy is suffering. The Government is suffering because it has to shell out huge budgetary funds for recapitalization of Banks, public is suffering because they are deprived of banks funding for growth, employment is suffering because of slackness in new investment & funding from banks & F.Is. Even the banks for whose benefit, the NPA provisions have been brought in, are also suffering by way of huge reduction in their profitability and shareholders’ value. Clearly, there is loss for everyone. So it is high time to review and revise the current NPA norms keeping in view India’s needs and circumstances.

Following two measures can bring substantial relief in the situation:
The working cycle of generally all kinds of business enterprises extends much beyond 90 days period from the date of purchase of raw material till the date of realization of sale proceeds. There is a need to reconsider this provision of 90days for classifying their over dues into NPAs. It is desirable that the 90 days limit fixed by RBI for classifying over dues of business units should be increased to 180 days so that they are not constrained to divert their working capital towards servicing of their loan-installments at the cost of their normal business operations.

RBI should bring back the scheme for ‘Resolution of Stressed Assets’ like ‘One Time Settlement’ and ‘Corporate Debt Restructuring’ etc. to provide a window to banks and borrowers to resolve their over dues.

These changes in the RBI guidelines will prevent a large number of businesses from becoming sick or getting closed leading to loss of economic activity and employment. It will further prevent avoidable classification of bad debts and also obviate the need for unwarranted litigation by banks and also save them from losses.

Views expressed above are the author’s own.

SEBI does its bit for startup ecosystem

How 100 unicorns are propelling India forward

Pre-Budget expectations to drive economic growth through fintechs and MSMEs

SEBI does its bit for startup ecosystem

How 100 unicorns are propelling India forward

Pre-Budget expectations to drive economic growth through fintechs and MSMEs

The 3 Basics Of Startup Branding 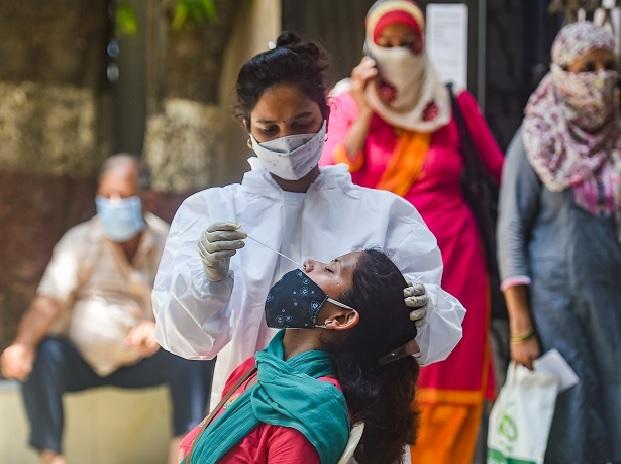 FTSE jumped on the progress of reopening of the economy amid steady flattening of the corona curve in U.K.