Mangalore: The past year had witnessed India confronting China’s aggressive moves in the border regions. Despite the disruptions and distractions posed by the Covid-19 pandemic, India made the stakes high for China and forced it to initiate a retreat. However, India must also focus on enhancing its capabilities to deter the non-traditional threats that emerge from China simultaneously. Wars today are not limited just to the battlefield but are also fought off it, such as on cyberspace and by using economic tools such as foreign direct investments. Disruptive software such as a malware is an able ammunition while hackers, cybersecurity experts and app developers are just like soldiers who are primarily fighting with/over data and information. An example of such a threat from China for India is the mushrooming of China based lending mobile applications (apps), especially in the past two years or so.

WHAT ARE THESE LENDING APPS AND HOW DO THEY FUNCTION?

With the onset of the Covid-19 pandemic, a nationwide lockdown was imposed to contain the spread of the coronavirus. Many people across India had to face economic hardships during the lockdown, as it either hurt their income or led to the loss of their livelihood. The move which was initiated to contain one threat supposedly emerging from China became a help in disguise for another threat, the Chinese lending apps which exploded across India. Some of the studies show that India is one of the leading countries to install these lending apps in the Asia-Pacific region. If one searches by simply typing the word “loan” on Google Play Store, the results run into several pages showing apps such as Cash Mama, Cash Papa, Cashe, Cash House, Flash Cash, Cash Now and Cash Pot, among others. Most of these apps showcase millions of downloads within a few months of their launch. Various studies have shown that more than two-thirds  of such microlending apps are Chinese owned. For example, the app CashBean is owned by the tech firm Opera, which is owned by a Chinese investment firm.

As per Indian laws, to operate in India, these foreign-owned apps have to partner with a local non-banking financial institution, which has a valid licence. In some cases, the apps simply purchase a non-banking financial company (NBFC) licence and hire an Indian director to make the functioning easy.

HOW ARE PEOPLE ATTRACTED TO CHINESE NBFCS?

The primary targets of these apps have been Indian citizens belonging to the low wage category. The apps utilise social media to advertise and attract people by luring them with low interest rates. There have been advertisements that state that the interest rate is only 0.98%, which seems very attractive and minuscule at first glance. However, what people fail to realise is that these are rates per day, which means the annual interest rate sums up to around 66%, which is almost double of the upper limit of 36% set by the Reserve Bank of India (RBI). Additionally, the borrowers are charged an 18% Goods and Services Tax (GST) as processing fees. In spite of all these issues, these apps have gained prominence, because in most cases, the money is transferred instantly unlike in other conventional sources. Moreover, these apps usually ask for only PAN card and Aadhaar card details, and do not demand salary slips or financial records that are generally required.

These apps do not worry about the credit-worthiness of the borrowers because, as seen in numerous cases, they use social shaming as a tool for collection. As previously mentioned, the app might not require one to submit their financial record such as salary slip, but they seek various permissions in the applicant’s device for accessing their contacts, photo gallery, call/chat history and even device location. All these along with PAN and Aadhaar details actually open up various avenues for blackmail and harassment in both the virtual and the real world.

While these lending apps pose threats at the micro level in terms of data sharing about individuals from India, at the macro level, the Indian economy seems to be at the cross-hairs of the Chinese NBFCs. Many of the leading companies functioning across India have been benefitted by Chinese investment either directly or indirectly.

The inflow of Chinese Foreign Direct Investment (FDI) has seen a gradual increase over the years. According to the Ministry of Commerce and Industry, a major portion of the inflow was received by the automobile (US$876.73 million), electrical equipment (US$152.5 million), and services (US$127 million) sectors between April 2014 and March 2019.

Further, the Indian pharma industry has also seen an increase in Chinese FDI. As mentioned in the previous section, India’s technology sector has experienced an influx in Chinese capital. Technology giants such as Tencent and Alibaba group have been successful in acquiring at least a minority stake, if not controlling stakes, in companies across sectors ranging from education, like BYJU’S to food delivery apps like Zomato. Another noteworthy point here is the successful capturing of the Indian smartphone market by Chinese producers. Chinese smartphone makers such as OPPO and Xiaomi have been able to secure 100% FDI for manufacturing electronic gadgets in India by setting up production plants in states like Andhra Pradesh and Tamil Nadu.

WHY SHOULD INDIA BE WORRIED?

Ever since India has opened its economy for foreign investment, the country has been one of the top destinations for foreign direct investments (FDIs). These investments, in turn, have helped in the process of India’s economic development, especially in the 21st century. Then why does one have to worry about Chinese investments when it is a known fact that the Chinese economy has grown exponentially over a short span of time and is now trailing only behind the US? An economy which is still expanding is seen as one of the best sources of investment. However, the increasingly blurred line that separates state-owned and private enterprises in China has become a prime reason for Chinese FDI to attract the attention of the Indian government. This is turning into an important issue of concern because of the pattern of investment and acquisitions by Chinese firms or companies that are funded by Chinese FDI. These companies are increasingly acquiring stakes in companies in the technology sector, a sector which has a critical role in the security and strategic matrices of a particular nation.

HOW HAS THE INDIAN GOVERNMENT REACTED?

One of the most important reactions by the Government of India was its revision of the FDI policy, citing the reason of preventing opportunistic takeovers of firms, especially those affected due to the lockdown imposed because of the Covid-19 pandemic. Also, due to the new amendment in the FDI policy, many Chinese FDI proposals have been redirected to the government approval route rather than the direct route.

Another measure which was taken by the government after the border clashes between Indian and Chinese militaries in Ladakh’s Galwan Valley in June 2020, involved mandating the mentioning the “country of origin” especially for e-commerce companies. This step, according to the government, helps consumers to make decisions with complete knowledge as the government has also left no stone unturned to up the ante against imported Chinese products.

Further, the Reserve Bank of India has also been returning or simply holding the applications for NBFCs which are suspected of having Chinese links. Some of the other nations such as Mauritius, which has weaker norms to counter money laundering, are being used by Chinese venture capital and private equity funds to make inroads into Indian economy by registering themselves as companies hailing from these nations.

In this way, the Indian economy has been facing a threat from Chinese investments. In the micro level, the loan apps have caused havoc among the economically weaker sections by exploiting them. This has a dual effect. Firstly, the data which is shared by the individuals can be misused by these companies for anti-national activities. Secondly, the credit can be used as a tool to lure individuals to conduct acts of espionage, thereby becoming a critical threat to national security.

At the macro level, the major threat has been from the increasing amount of Chinese FDI coming into Indian economy’s critical sectors.

The experiences of several nations falling prey to China’s debt trap have made India sceptical about Chinese investments. In order to avoid any such situations, the Indian government has amended the FDI policy and has even scrutinised the process of accepting FDI from other neighbouring nations, which could easily be influenced by China.

However, the threat at the individual level remains as long as people are not educated about cybercrimes such as phishing, and importance of securing their information in the virtual world. At the macro level, though the government has been trying to reduce the dependence on Chinese imports, the process of self-reliance will take longer time to be implemented successfully.

Though there have been certain measures to curb Chinese FDI inflow, still it is seen that many Chinese companies such as China Railway Tunnel Group Co. Ltd, and China Harbour Engineering Co. Ltd. have been successful in winning multi-crore infrastructure projects such as in Mumbai.

Therefore, when it comes to Chinese NBFCs, it becomes imperative for India to exercise caution.

Houston Astros' Jake Odorizzi out after 5 pitches with forearm tightness 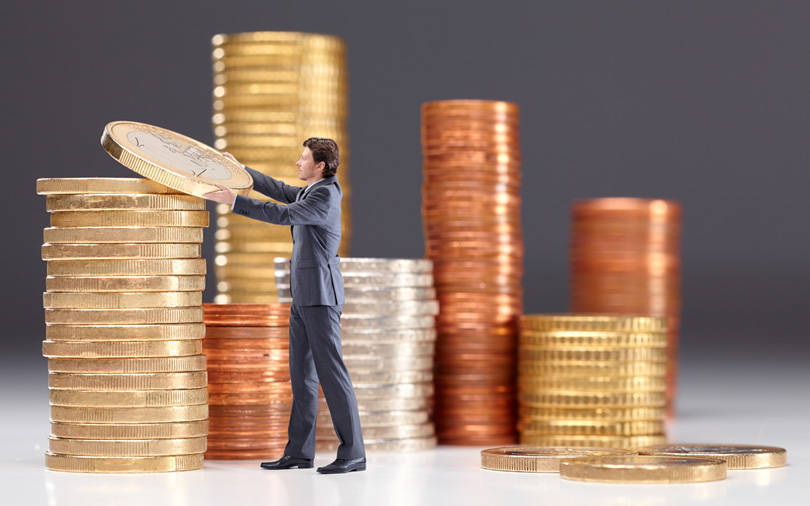 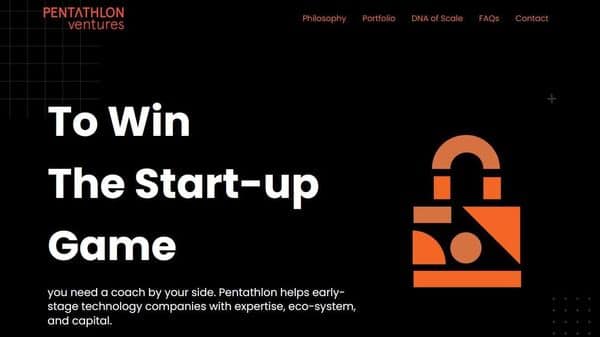 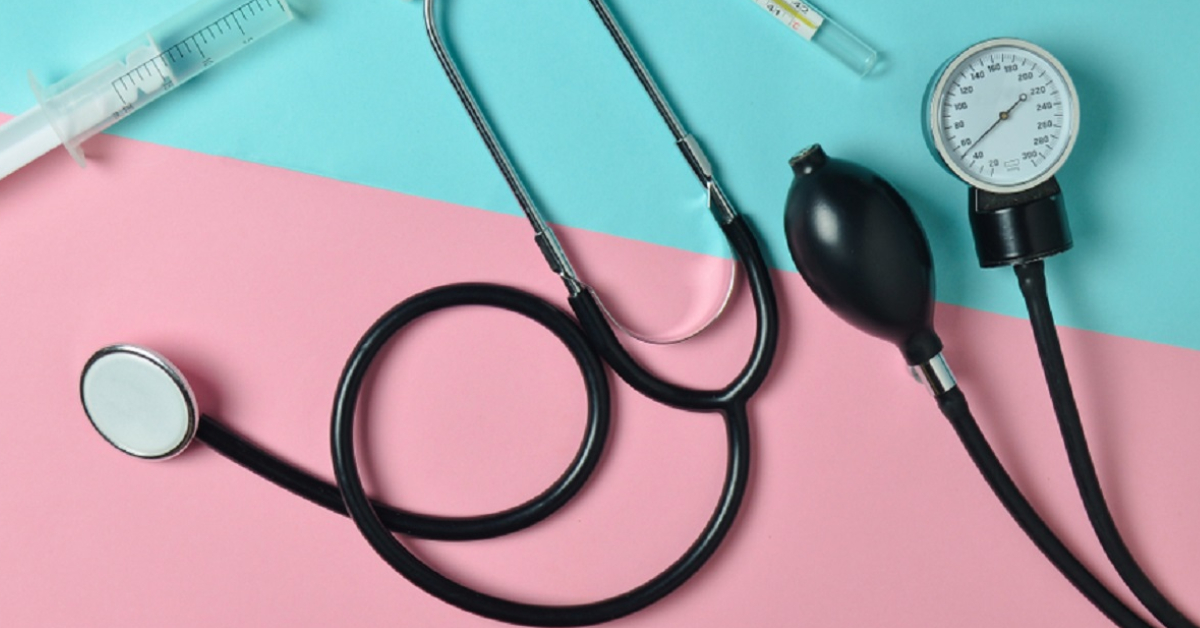