is taking over a very unusual “tech” company.

has many times more employees than any of its competitors, such as Microsoft, Google and Apple, and many are low-skilled manual laborers, rather than software engineers. Amazon is also a partner with approximately 2.4 million active marketplace sellers, who generate the majority of sales on its retail platform. But the incoming chief executive, Mr. Jassy—a loyal deputy and devoted student of founder Jeff Bezos—has at his disposal a powerful tool for managing such a vast ocean of workers and partners: an equally vast cloud-software infrastructure that he has overseen from its start.

Amazon uses software to manage in a way that’s unlike almost any other company, except maybe gig-economy giants Uber,

and Instacart. Whether they’re driving a delivery van, picking items from shelves or trying to maintain their product inventory to avoid being delisted, Amazon’s employees, subcontractors and seller-partners are monitored, evaluated, rewarded and even flagged for reprimand or coaching by software.

While Mr. Jassy is often described by those who have worked for him as being a lot like

but perhaps warmer and fuzzier, there is arguably at present a sharp contrast between the way he treats his immediate reports and the way Amazon’s algorithms and artificial intelligence treat its millions of front-line workers and marketplace sellers. If Mr. Jassy can figure out how to use algorithms to manage workers and partners as humanely as he apparently manages the people he works with personally, that may prove to be his defining legacy as CEO.

Having built Amazon Web Services from a tiny startup he headed within Amazon, begun in the early 2000s, into the behemoth of the cloud market (and generator of half of Amazon’s profits), Mr. Jassy understands not only the internet plumbing for countless tech companies AWS supports, from

to Slack, but also how it’s plugged into the myriad businesses owned by Amazon itself. Now 53 years old, Mr. Jassy joined Amazon in 1997, immediately after graduating from Harvard Business School.

which is still dominated by physical stores. But, along with his nearly 24 years at Amazon, it gives him an edge in overseeing Amazon’s e-commerce operations and the rest of its sprawling empire. (Cloud computing is remote computing power accessed through the internet, and it’s the key enabler of everything from the mobile revolution to scores of services we take for granted, from streaming to AI.)

Amazon’s empire faces challenges—technological, operational, and regulatory—that are as big as any it has ever contended with.

For starters, there is a question that goes to the heart of what kind of corporation Amazon wants to be. Executives at the company are emphatic about their desire to preserve the health of employees, and give them opportunities to grow and develop, but the way Amazon manages both employees and seller-partners with algorithms is often at odds with those values. Should Mr. Jassy choose to make changes, can Amazon engineer its software and systems to be more empathetic to the needs of those they serve and rule over?

The same cloud infrastructure Amazon uses to manage and transact with millions of customers also supports systems that, by many accounts, drive its employees ever harder, and often leaves its third-party sellers at a loss as to how to navigate Amazon’s marketplace—fueling complaints and investigations into its labor and competitive practices. Will Amazon engineer its systems to instead improve workers’ quality of life and promote better and more transparent relations with its vendors?

Next, will Mr. Jassy balance Amazon’s status as one of America’s largest employers with the company’s drive to automate as many roles as possible? And finally, how much of this will he be able to achieve in the face of mounting antitrust investigations and calls for a breakup of the company?

Mr. Bezos stepping down as CEO gives the company a chance to try resetting its public image, in Washington and around the world. Many who have worked with Mr. Jassy have said that while he’s like Mr. Bezos in some ways, his temperament is gentler and more low-key.

David Risher was a senior vice president of retail at Amazon from 1997 to 2002, and he worked closely with Mr. Jassy. “If the past is prequel, he’ll lead from the heart as well as the head,” says Mr. Risher. “He leads with genuine empathy—the kind you can’t fake.” The two are still in touch; Mr. Jassy is a member of the advisory council for Mr. Risher’s Worldreader nonprofit, which gives underprivileged children access to digital books.

Throughout the supply chain of Amazon’s e-commerce operation, humans are onboarded rapidly into jobs that require almost no training. This is possible because of how directed and constrained by algorithms and automation these roles have become. In Amazon’s more advanced fulfillment centers, for example, employees who pick items for orders from robot shelves are surveilled by AI-enabled cameras. A cloud-connected scanning gun monitors the rate at which they pick items, the number and duration of their breaks and whether they’re grabbing the right items and putting them in the right places. Managers need only step in if software reports a problem, such as a worker falling behind.

An Amazon spokesperson objected to the characterization that anyone in its facilities is “managed by algorithm,” because all associates have a human manager who is responsible for them and who coaches them if they don’t meet performance expectations. “Our front-line workers are the heart and soul of Amazon,” and receive the same benefits as corporate employees from the day they start at the company, the spokesperson added. Amazon has in the past said only a small percentage of associates are fired or leave the company because of performance issues.

Software, too, has already replaced the humans who would usually handle the accounts of retail partners. Even big brands that decide to sell on Amazon are for the most part dealing with the company’s automated systems. AI almost entirely governs how sellers are treated on Amazon’s marketplace, and it isn’t always easy to work with, says Jason Boyce, who was for 17 years a top-200 seller on Amazon, and who subsequently founded Avenue7Media, which helps companies sell on Amazon’s marketplace.

“Their AI doesn’t get nuance sometimes,” he says. Sometimes it will take seller listings down with little warning, leaving small businesses scrambling to make payroll, he adds.

Do you see robots and other automation as tools to make work easier for humans, or potential competition for their jobs? Join the conversation below.

“Amazon invests heavily in supporting our sellers as we work together to serve customers and protect seller brands,” says an Amazon spokesperson. “It is in our economic interest to minimize any disruption of our selling partners’ sales, and we work hard to prevent mistaken enforcement. We call all low-risk or tenured sellers before suspension, and we provide a clear path for sellers to appeal enforcement decisions through our team.”

Mr. Jassy might choose to improve these systems, or he might just automate away most of his employees. And, if regulators don’t step in, many of its partners and marketplace sellers, too.

At present, Amazon needs all the workers it can get. But depending on whether unionization efforts at the company gain traction, the company may soon have yet another powerful incentive to replace workers with automation as fast as it can. The company has tried many tactics to prevent unionization at its facilities, arguing, among other things, that a unionized workforce would reduce the flexibility it needs to continue to adapt its systems.

It’s clear that Amazon wants to use its AI and cloud-computing infrastructure on even more ambitious forms of automation, such as autonomous delivery, both by drone and with wheeled vehicles. Given that Amazon has outsourced to thousands of local-delivery franchisees the last mile of delivery within its own logistics network, the company could end contracts with such companies virtually overnight, as it has in the past, without affecting the size of the workforce it employs directly.

Mr. Bezos, who has a talent for long-term thinking, seems to have chosen just the right moment to install an unflappable CEO who has the opportunity and possibly the temperament to burnish Amazon’s image. The biggest challenges in Amazon’s immediate future, aside from unionization, are what could be years of congressional hearings, as well as federal investigations, about whether Amazon is a monopoly that should be broken up, says Paul Armstrong, an industry analyst and creator of the “What Did Amazon Do This Week?” newsletter.

Under Mr. Jassy, “I think you’ll possibly get a more-boring Amazon,” adds Mr. Armstrong. Known for his cool head and attention to detail, Mr. Jassy also has the benefit of not identifying with Amazon as personally as Mr. Bezos, its creator, does. This could serve him well as he is forced to appear before Congress on a semiregular basis, and spend a significant portion of his time huddled with lawyers, should the antitrust actions against Amazon come to a head.

Whether all this AI, software and automation will be used to ease the burden of its employees, or to force them to work harder to keep up, is a choice all companies face in the age of digitization, and none more so than Amazon. It’s possible Mr. Jassy will choose to manage this ongoing transition differently than the famously hard-charging Mr. Bezos has. It’s also possible that he may feel forced, by the attention of regulators, to manage things differently than Mr. Bezos.

—For more WSJ Technology analysis, reviews, advice and headlines, sign up for our weekly newsletter.

Think your startup can be India’s next Unicorn? Apply to the Amazon Smbhav Entrepreneurship Challenge

Think your startup can be India’s next Unicorn? Apply to the Amazon Smbhav Entrepreneurship Challenge

The Robots Are Coming for Phil in Accounting 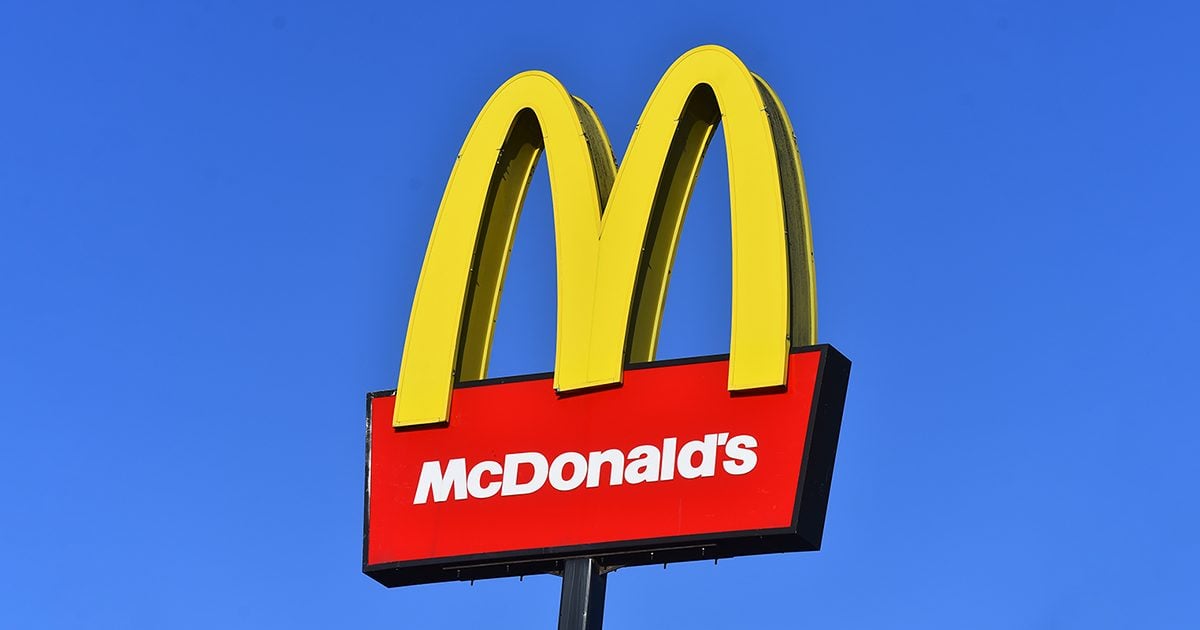