A formal offer from Cricket Australia to play next month’s scheduled Test series in Australia was rejected by Cricket South Africa. CA’s interim chief executive Nick Hockley confirmed discussions of the Australia scenario as he explained why the “risk profile” of the tour had become unacceptable even if lavish biosecurity measures were taken.

As reported by ESPNcricinfo, there were discussions between the two boards about potentially shifting the series across the Indian Ocean to Australia, specifically to play it in Perth, where South Africa have long enjoyed a strong record of success.

However, Hockley explained that the proposal fell down largely because CSA argued the extra time and money required for staging the series in Australia would make a range of other commitments impossible for South Africa to fulfil. Talks around a neutral venue such as the UAE were also shot down for similar reasons.

“We’ve been doing an enormous amount of work with CSA and we have last night’s decision, so we’ll work through over the coming weeks and months when we may be able to reschedule the series,” Hockley said. “We did offer to host the series here, but CSA made that very clear that they’ve also got lots of other commitments and with quarantine periods and the like, that wasn’t feasible.

“We didn’t explore [neutral venues] in too much detail, the question if you think about a neutral venue is where, and there are challenges in lots of different jurisdictions, so certainly we made the formal offer to host and CSA, which we respect entirely, made their position very clear and we’ve continued to work as hard as we can to try to make it happen. But we came to a point where people were starting to commit costs, people were starting to have to do pre-departure protocols and enter into biosecure environments in South Africa in preparation.

“I think we gave ourselves every shot, we couldn’t have left it any later, but in the end that residual risk, the implications if we did get a positive, the chances of getting a positive, meant we really didn’t have any other decision.”

CA will not be asking the ICC to delay the World Test Championship final, leaving the team’s destiny in the hands of India and England, who could allow Australia to wriggle through to the decider against New Zealand in the event of a drawn or close series over coming weeks. Even then, there are no guarantees Australia would be able to travel to the UK for the final.

“We have done everything we possibly can to make this tour happen and it’s a very difficult and challenging situation in South Africa just now and that’s what makes it even more heartbreaking that we’re not able to go.”

“We all knew the rules going in and I think that’s what’s made this decision really, really hard,” Hockley said. “We’ve done everything we possibly can to make the tour go ahead but in the end we had to listen to the overwhelming medical advice, so we won’t be pursuing that with the ICC, but it’s just another reason why not being able to tour is so disappointing.

“I don’t think you can guarantee anything, that’s one thing we’ve learned. You certainly can’t guarantee how quickly things change. Thankfully for this home summer there’s been community transmission at stages but the prevalence has been relatively low. It’s still been massively challenging to play the home summer. I can’t speak highly enough of the players, they’ve been away in biosecure bubbles, and if it comes that we qualify for the Test Championship that’s now out of our hands. It’s reliant on other results, then we’ll have to look at the situation at the time.”

Summing up the reasons for the decision not to tour, Hockley said they came down to the facts of South Africa’s second wave and uncertainties about the return of any players or staff to Australia in the event that they caught one of the newer, more virulent strains of Covid-19. He also accepted the anger with which CA’s call was met by CSA.

“What happened during the process is really two things. South Africa very sadly have hit the peak of their second wave, and then secondly we’ve got the more virulent strain, which there’s still lots of unknowns around,” he said. “So as we’ve worked through the residual risk and also some questions and challenges around if we were to get a case how and when we can get our players back home, taking advice of medical experts and putting health and safety absolutely No. 1, we were really left with no option.

As for accusations that CA had put money before cricket in thus far only playing international series against England and India (they are also due to tour New Zealand later this month for T20Is) while postponing every other scheduled encounter, Hockley was blunt in his riposte.

“I’d refute those in the strongest possible terms,” he said. “The reality of Afghanistan was it was one Test match and we were looking at a month’s quarantine, in and back potentially, certainly two weeks on the lead-in for one Test, and we’re looking to rearrange that for this coming season.

“We have done everything we possibly can to make this tour happen and it’s a very difficult and challenging situation in South Africa just now and that’s what makes it even more heartbreaking that we’re not able to go.

“All I can say is we play every ball on its merits. We’ve learned a fortune since we’ve started, we’ve got the best medical advisers, everyone’s becoming much more adept at the protocol and also risk assessment and unfortunately at this current time in South Africa we’ve just been presented with a risk profile which is significantly greater than anything we’ve encountered to date.”

Hybrid Work Is Here To Stay, But Not Without An Effort

Bloomberg New Economy: For the US and China, the Unthinkable May Be Inevitable 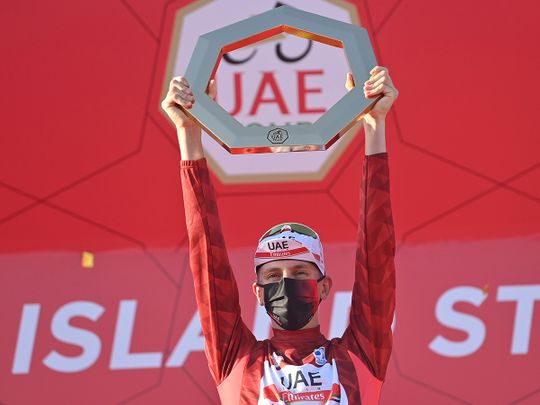